The corruption charges are yet to be proved and the fate of the leader is unclear. 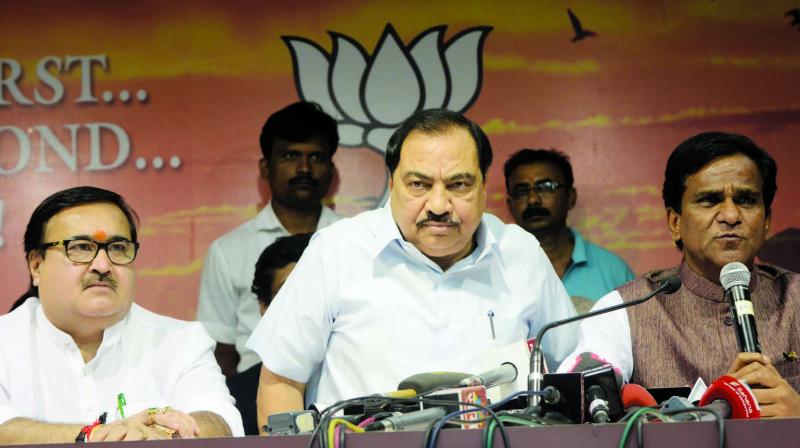 Former BJP minister Eknath Khadse’s resignation owing to corruption charges came as a shocker to the party. The corruption charges are yet to be proved and the fate of the leader is unclear. The minister had to resign when the party had not even completed one and a half years in office. Mr Khadse was the senior-most leader in the then newly-formed BJP government, and he was also an OBC face after Gopinath Munde’s demise. He had been a contender for the chief minister's post, but Devendra Fadnavis, who is much junior to him, was ultimately chosen for the position. This created animosity between the two.

Mr Khadse was facing the heat over a series of allegations, including irregularities in a land deal in Pune and calls allegedly received from underworld don Dawood Ibrahim’s residence in Karachi on his mobile phone, besides alleged bribe sought by his “PA”. He is in a spot over the purchase of a three-acre plot of Maharashtra Industrial Development Corporation land in Pune, allegedly at a low price of around Rs 3.75 crore, from its original owner in the name of his wife and son-in-law. The market value of the land is reportedly Rs 40 crore. A committee comprising a retired judge was also established to probe the matter. But nothing has come up from the committee. However, the police had given a clean chit to Mr Khadse in the Dawood call case.