Flashback 2016: Maratha protest starts with bang, then fizzles out

It has failed so far to achieve desired results. 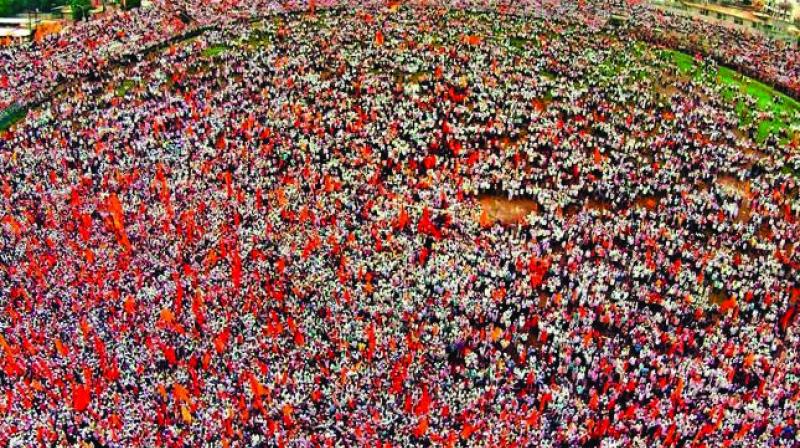 One for all, all for nothing: The Maratha protests initially saw lakhs of people across districts taking part in rallies, but the movement lost its fizz along the way.

Unprecedented silent protests by the Maratha community brought political turmoil in the state this year. Every district witnessed lakhs of people turning up for protests without any political party or leader. Though a final protest in the series is still expected in Mumbai, the community hasn’t achieved its desired results, with the protests fizzling out towards the end without much being gained.

After a minor was brutally raped and killed at Kopardi village, the community gathered to demand punishment for the culprits first, and then dilution of the atrocity Act and reservation in jobs and education. The volume of the protestors grew to reach lakhs in number, which astonished everyone. The Maratha community was so far counted as a powerful ruling class in the state. But the protests exposed the real plight of a majority of the community who are marginal farmers. The Maratha leaders from the established parties tried to hijack the movement for their political gain. They succeeded a bit. There were cracks within the community as well, and counter protests by OBCs and Dalits disturbed the social atmosphere in the state.

The state government was forced to take serious note of the protests and made a few announcements to pacify every caste. Earlier, the Congress-NCP government had given 16 per cent reservation to Marathas, which was struck down by the court. The BJP government had promised to keep the reservation. But it did not do anything in the last two years, after coming to power.