Royal Palms lake to fade away? 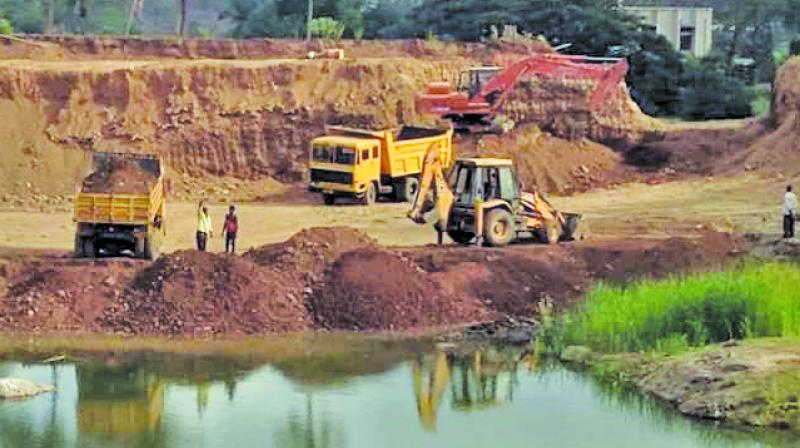 Mumbai: The water body near Royal Palms in Goregaon (east) — which was a thriving lake a decade ago, according to environmentalists — is witnessing  an onslaught of landfilling activities.

Activists from the Vanashakti, a green NGO, said that being a part of the eco-sensitive zone of Sanjay Gandhi National Park, the destruction of the water body could pave way for more private projects in the area. The NGO has shot a letter to the wetland committee seeking an inquiry.

The revenue department under whose jurisdiction the site lies had closed the case stating that there are no mangroves in the area and it is a man-made water body, thereby allowing the landfilling work to commence. However, Vanashakti has contended in its letter to the wetland committee that the site’s environment does not lead to mangrove growth as it is surrounded by hills. “The lake is still a wetland area and the landfilling work is a violation of Wetland Rules. While the department claims that the lake is man-made, satellite images from the year 2000 shows that it was a flourishing lake before,” said Stalin Dayanand, project director, Vanashakti.

The NGO also stated that around 50 per cent of the lake has already destroyed over the years. “If no timely action is taken, we will lose the entire waterbody eventually,” Mr Dayanand said.

The Konkan Wetland Grievance Redressal Committee has taken cognizance of the issue and plans to inspect the site soon. “We have received the report from the revenue department mentioning that the water body is not natural. We will check whether the water body is present in the national wetland inventory or not. We will provide protection to it if it is confirmed,” said Jayarame Gowda, member secretary of  the grievance redressal committee.