The bullock cart race tradition in Maharashtra dates back 250 to 300 years. 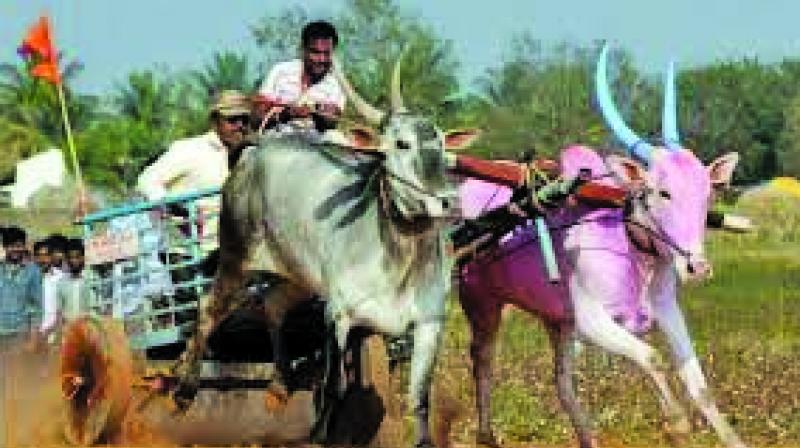 The demand was made by people and leaders from the rural areas to lift the ban on bullock cart racing.

Mumbai: After protests in Tamil Nadu against the ban on Jallikattu, the Maharashtra government has decided to bring a bill in the ongoing budget session to allow bullock cart racing in the state.

“It was decided in the cabinet meeting that the ban on bullock cart racing should be lifted.

Animal Husbandry minister Mahadeo Jankar would head a committee to draft the bill,” a minister said on the condition of anonymity. The government wanted the bill to be tabled in the ongoing budget session.

Earlier, Shiv Sena MP Shivajirao Adhalrao Patil had raised the issue of lifting the ban on bullock cart racing since it is popular in rural Maharashtra.

However, under the Prevention of Cruelty to Animals Act, such sports are prevented.  There were a violent protest in Tamil Nadu against banning Jallikattu after which the ban was lifted.