This had a cascading effect with nearly 30 services cancelled and over 40 trains delayed till evening. 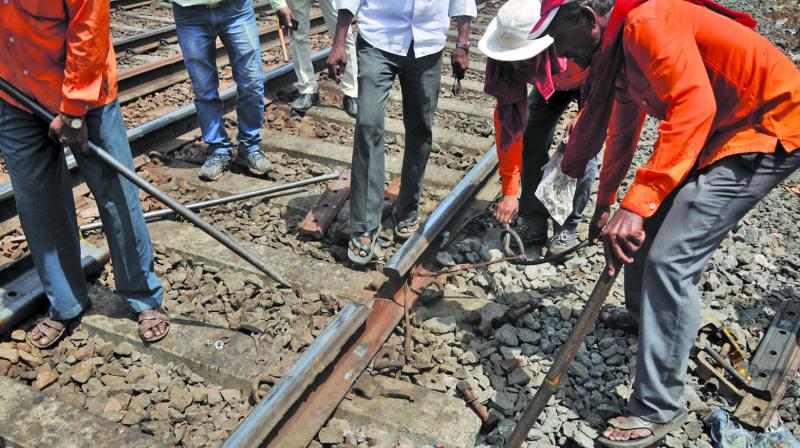 Mumbai: A local train heading from CST to Andheri on harbour line had a narrow escape at about 12.20pm on Tuesday when the guard noticed that a part of the railway track had fallen off between Dockyard and Reay Road. Subsequently, the CST-Vadala section was shut down for nearly two hours and services remained unavailable till 2.05pm.

This had a cascading effect with nearly 30 services cancelled and over 40 trains delayed till evening. According to officials, the CST-Andheri (37) left Dockyard and was headed toward Reay Road when the motor guard stationed at the fag-end of the train saw that a small part of the track had fallen off.

“We were very lucky that the piece of track did not come off when the train ran on it. Again, we were lucky that the guard noticed that the track had fallen off and alerted everyone before any other train passed the spot.”

Hiral Mehta, who was travelling to Chunabhatti, was stuck at Vadala station for 40 minutes. “I finally got down, went to Kurla,” she said.