Metros   Mumbai  31 May 2017  Malnourishment jumps to 34 per cent from 8 per cent in civic schools
Metros, Mumbai 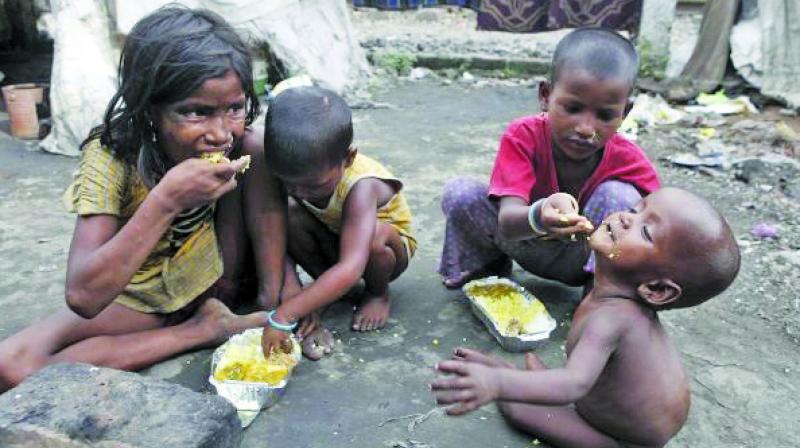 Mumbai: According to the report released by Praja Foundation on malnourished children in civic-run schools, their number has gone up from 8 per cent in 2013-14 to 34 per cent in 2015-16, of which, the highest number of cases are to be found in Govandi and Mankhurd areas of Mumbai. According to Praja, the problem of malnutrition is due to a multitude of factors, including failure of government to implement programmes designed to address it effectively. The NGO said this was reflective of the general predicament of governance in India, where government initiatives often fell woefully short of attaining stated objectives.

Mr Mehta said, “The data shows that areas such as Govandi and Mankhurd have the highest number i.e. 15,038 malnourished children in civic schools in 2015-16. The areas also have the lowest human development index which is lower than even extremely poor countries such as the Central African Republic and South Sudan.”

BMC chief Ajoy Mehta and BMC education officer Mahesh Palkar were unavailable for comment. They failed to respond to mobile phone messages too.