In Mumbai, the passing percentage stood at 88.21 per cent, which is less when compared to the eight other divisions. 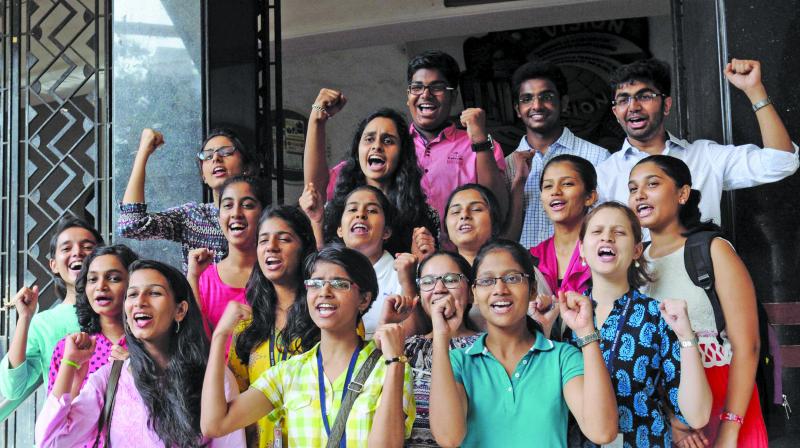 Compared to the Mumbai division, the eight other divisions had fewer students appearing for the exam but had better pass percentage.

Mumbai: Among the nine divisions in the state, Mumbai had the dubious distinction of having the maximum number of students appearing for the Class 12 HSC examinations but with the lowest pass percentage. In Mumbai, the passing percentage stood at 88.21 per cent, which is less when compared to the eight other divisions.

More than 14 lakh students across the state, including 3.1 lakh in Mumbai, appeared for the exam for which results were announced on Tuesday. The eight other divisions are located in Pune, Nagpur, Aurangabad, Kolhapur, Amaravati, Nashik, Latur and Konkan.

When taken stream-wise, Science recorded the highest passing percentage — 95.85 per cent. Commerce recorded 90.57 per cent while Arts stream registered 81.91 per cent. This year, 14.29 lakh students appeared for the HSC examinations, of which 12.79 lakh students successfully passed the examinations. The remaining will have an option to apply for re-examination in July.

Meanwhile, education minister Vinod Tawde took to Twitter to congratulate students, “Success of educational innovations &experiments can be see in the increase of HSC passing percentage, which now is 89.5 per cent as compared to 86.6 per cent last year,” he tweeted.