CMO tells 5 govt bodies to give Rs 1K cr each for Samruddhi expressway. 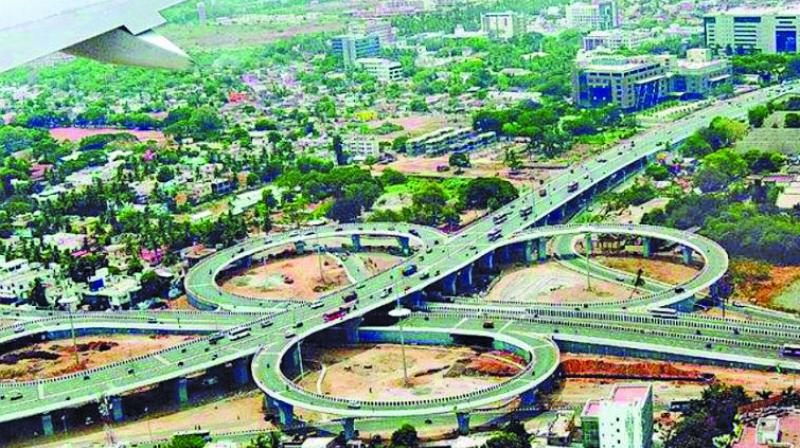 The total estimated cost of the 700-km-long Mumbai-Nagpur Expressway project is Rs 46,000 crore.

Mumbai: In order to raise Rs 13,500 crore for the cash-strapped Maharashtra State Road Development Corporation (MSRDC) to acquire land for the Mumbai-Nagpur Expressway, the chief minister’s office (CMO) has directed five state government bodies to grant a subordinate loan of Rs 1,000 crore each to MSRDC.

The total estimated cost of the 700-km-long Mumbai-Nagpur Expressway is Rs 46,000 crore, of which 70 per cent of the funds would be generated from national and international banks. The remaining 30 per cent would be raised by MSRDC on its own. Of the five government bodies, the MMRDA has already approved the loan of Rs 1,000 crore. A senior MMRDA official said, “We have approved the Rs 1,000 crore loan for which the duration is 10 years at an interest rate of eight per cent.”

Kiran Kurundkar, joint managing director, MSRDC, said, “It was the CMO that had directed these five government bodies that have funds available with them to give us loans. MMRDA has already approved it and others are in process.”

Mr Kurundkar added, “Recently, we also got loan worth Rs 1,800 crore from Housing and Urban Development Corporation Limited (HUDCO). With the total Rs 6,800 crore (after receiving Rs 5,000 crore from the five state government bodies) we will use them for acquiring land for the Expressway and will also raise more money after consulting the state government.”

The state government is facing a major challenge when it comes to acquiring land for the Expressway from farmers who are opposing the land acquisition. The state needs around 10,000 hectares of land for the construction of the Expressway. Between Bhiwandi and Nagpur around 84 per cent of the land is agricultural, 13 per cent fallow and 1.92 per cent forest land.

The Mumbai-Nagpur Expressway is a pet project of chief minister Devendra Fadnavis, who hails from Nagpur. The E-way is also going to be one of the highest tolled roads in India.

The project is currently at the bidding stage for which the bids are to be opened on Wednesday and along with it the MSRDC is in the process of carrying out land acquisition for the project.

While the state government is not mending its way for constructing the E-way, farmers in Nashik and Thane district along with opposition political parties have been staging agitation. The project is mired in controversy over following reasons