Kross purchased the rights of Korean film in 2014, and it was in the process of making a Hindi adaptation of the film. 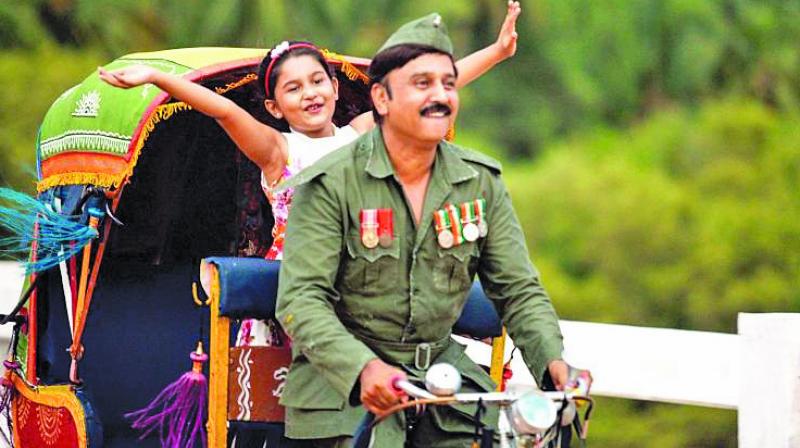 Mumbai: The Bombay high court has directed Karnataka-based Vikhyat Film to provide the translation of the screenplay of the film that it allegedly made in Kannada called Pushpaka Vimana and violated the copyright interests of the Mumbai-based Kross Television.

Kross Television had bought the copyright from the original Korean filmmakers to make a Hindi movie, but Vikhyat Film allegedly plagiarised the Korean movie and produced a Kannada movie. The court has given time until June 20 for the producers of Pushpaka Vimana to submit an affidavit of income and bank statements.

The single bench of Justice G.S. Patel was hearing the notice of motion in the suit filed by Kross Television against Vikhyat Films for making a copy of the Korean film The Miracle in Cell No 7. Kross purchased the rights of Korean film in 2014, and it was in the process of making a Hindi adaptation of the film.

However, earlier in 2017, Vikhyat Film released the Pushpaka Vimana, which according to the film’s producer had 15 instances of scenes being adapted from the Korean film. As Kross had bought the rights, the film by Vikhyat had caused them losses.

However, after the counsel for Vikhyat Film submitted that there was no violation of the claims, the court directed it to provide a translation of the screenplay of the film.

Similarly, Kross was asked to give a complete inspection of documents that proved their claim. The court clarified that it was sufficient if Kross provided photocopies of documents received by them from the Korean filmmakers through email or fax.

The court also directed Vikhyat Films to disclose its assets — movable and immovable, encumbered and unencumbered, including all bank accounts and investments before the final hearing of the notice of motion that is scheduled to be held on June 20.