Metros   Mumbai  31 May 2017  Will take call on pulling out of govt: Raju Shetti
Metros, Mumbai

Will take call on pulling out of govt: Raju Shetti

Mr Shetti is an NDA ally at the Centre and also in the Bharatiya Janata Party-led state government. 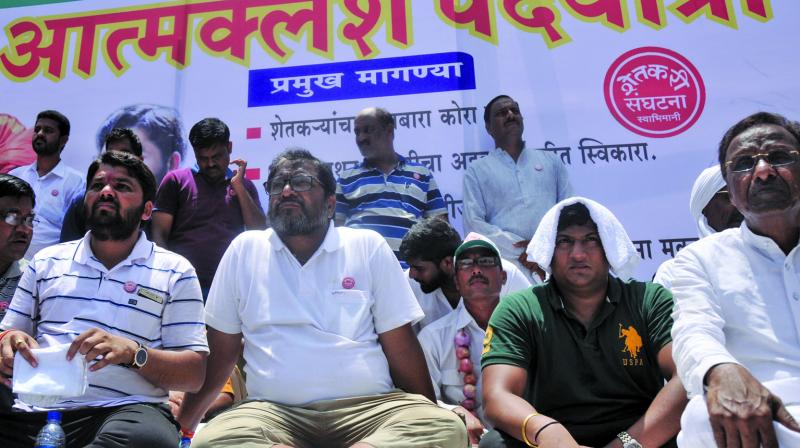 Mr Shetti demanded that farmers should get a loan waiver and intervention in the Nagpur-Mumbai Samruddhi Mahamarg. He also submitted a memorandum with the signatures of 6.5 lakh farmers to the governor.

Mr Shetti, who had gone on a march for farmers that ended on Tuesday, said that he was open to speak with the Maharashtra government on the issue but he hadn’t received a response.

Meanwhile, the spilt in the SSS ranks was distinctly visible after Mr Shetti’s one-time close associate and minister of state for agriculture Sadabhau Khot held a dialogue with farmers at Islampur in Sangli district. He also felicitated chief minister Devendra Fadnavis during a public function there.

Reacting to the development and Mr Khot’s absence in the march, Mr Shetti had said, “It does not make any difference whether Sadabhau Khot is present here or not. The organisation does not wait for anyone.”

Mr Shetti has been vocal against the BJP government despite being its ally. Nationalist Congress Party chief Sharad Pawar also alluded to his disillusionment. “Farmers have been cheated and I am happy that a few have realised this,” Mr Pawar had said without naming Mr Shetti.