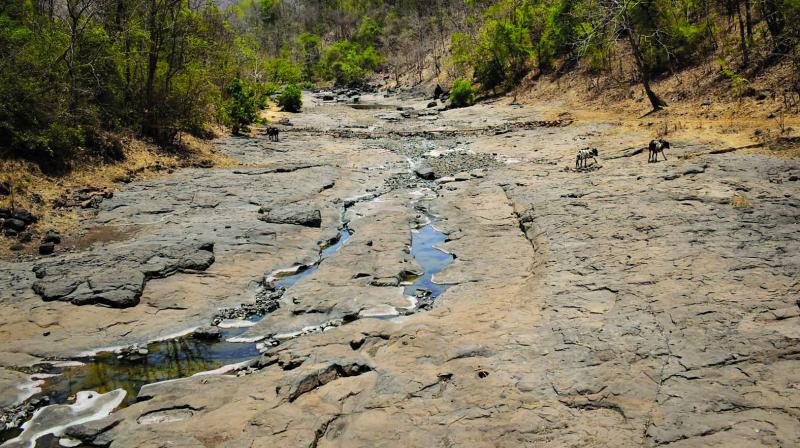 On Tuesday, according to a US-based website, six of the world’s hottest cities were from India. Out of the six, four were from Maharashtra.

Mumbai: Private weather forecaster Skymet has said that Maharashtra’s water crisis will intensify in the coming days. The data reveals that at present, nearly 10,506 towns and 4,920 villages across six divisions of Maharashtra are facing an acute shortage of water. Moreover, the state is battling a severe heat wave, with temperatures breaking all records. On Tuesday, according to a US-based website, six of the world’s hottest cities were from India. Out of the six, four were from Maharashtra.

Several parts of Maharashtra are reeling under a drought-like situation at present. The state has largely remained rain deficient so far, and Skymet does not foresee any significant weather activity coming up to improve the situation. The biggest water reservoir, Jayakwadi, has zero water stock at present. In fact, a total of only 2.86 per cent of water is left in the reservoirs of Marathwada, said experts.

Marathwada is the worst hit by drought, as eight of the nine reservoirs have no water at all.

Considering the delayed monsoon, the demand for water is on the rise, particularly in the Aurangabad division. In the past week alone, 323 villages and 477 hamlets have been added to the list of areas that need tanker water —taking the number of villages and hamlets dependent on tankers to 13,801 (4,331 villages; 9,470 hamlets). The state has had to increase the number of tankers supplying water from 5,154 to 5,493.

“Of these, 2,917 supply drinking water to eight Marathwada districts,” said a senior official in the water supply department.