The petitioner also wanted textbook publisher Balbharti to carry a lesson covering the history of the construction of Lokmanya Tilak’s statue. 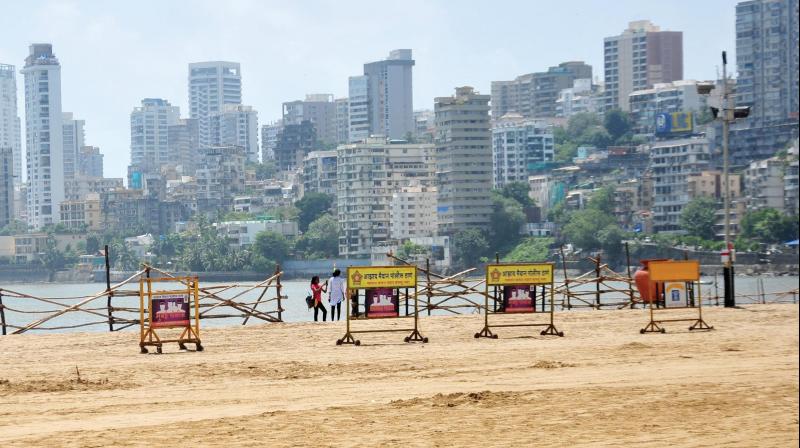 The trust has chosen Girgaum Chowpatty as the location for the underground museum.

Mumbai: The Lokmanya Tilak Swarajya Bhoomi Smarak Samiti (LTSBSS) public trust has approached the Bombay high court for construction of an underground museum and for setting up a flag post at Girgaum Chowpatty in south Mumbai. Recently, a high-powered committee of the HC had denied permission to the trust and therefore the trust approached the court for permission.

The petitioner claimed that few years ago they had filed a petition and changed the name of the place where Lokmanya Tilak’s statue is situated at Chowpatty. It is now called ‘Swaraj bhoomi’

The petitioner society had failed to get permission to construct an entrance arch, underground art gallery/ museum and permanent flagpole from the committee. In 2001, while hearing a PIL, the HC had constituted a hig- power committee comprising of the BMC, the district collector and the Maharashtra Coastal Zone Management Authority (MCZMA). This committee considers the proposals for beautification or any other work at Girgaon Chowpatty. Without their approval, no government body can grant permission for construction.

The petitioner also wanted textbook publisher Balbharti to carry a lesson covering the history of the construction of Lokmanya Tilak’s statue.

On Monday, the petitioner lawyer Satish Talekar told the court that the proposed construction work would not cause any damage to the Chowpatty area or the beach front.

Yet, the state government and the MCZMA “were reluctant to grant necessary approvals” because the high-power committee was refusing permission, Talekar told the bench.

A division bench comprising of Justice Abhay Oka and Justice Riyaz Chagala then asked them to go through its order in which it denied permission to the state government to hold the ‘Make in India’ programme in Girgaum Chowpatty.

It further said after reading that order, it will hear the arguments of the petitioner and kept the next hearing for August 24.