A regular day turned upside down

The incessant rains shut down the harbour line in no time. 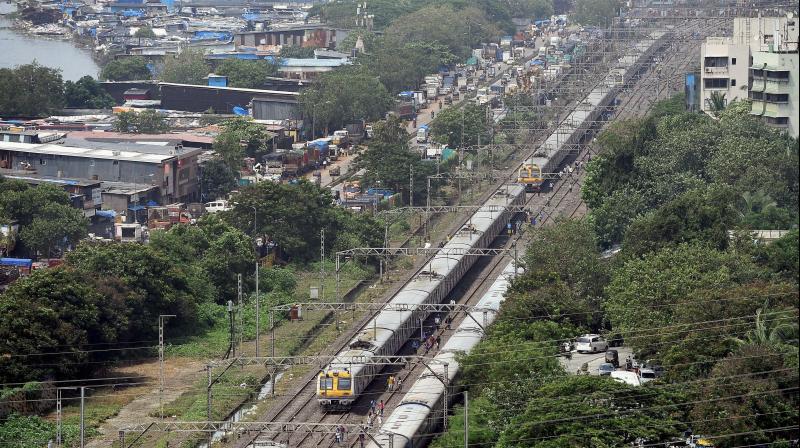 A view of the queued up local trains on railway tracks as the suburban train services remain disrupted after heavy rains in Mumbai. (Photo: Pti)

TAll of Mumbai came to a standstill on Tuesday, thanks to the torrential rains, which the city is notorious for. If you decided to leave early from work, rains halted your plans; if you thought using the roads were a better option, manholes proved you wrong. In the next few hours though, Mumbaikars opened their hearts and homes to help one another. I left home thinking it would be a regular day but was proved wrong. I left from my house in Vasai and changed trains from Andheri to reach my workplace in Wadala.

The incessant rains shut down the harbour line in no time, which left me and my fellow commuters stranded at Mahim station as the train was stuck there for more than an hour. I alighted from the train and waded in knee-deep water to find some other means of transport. While Ola and Uber cabs were not available, regular taxis refused to take any passengers due to water logging all over the city. In such a situation, I decided to take refuge at a Café Coffee Day outlet, opposite Mahim station. But soon water had started coming into the coffee shop as well. This adventurous day came to an end when I realised I had a friend staying close to Mahim station and I decided to stay back at her place.— Uma Ramasubramanium