BJP, Shiv Sena take potshots at each other over relief ops.

The BJP alleged that the Shiv Sena leaders were not seen during the rains. 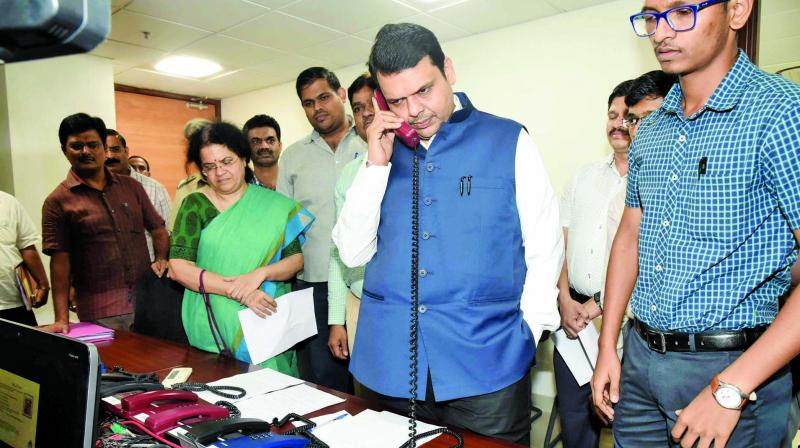 Mumbai: A day after the city was brought down by the torrential downpour, politicians had a field day on Wednesday as took potshots at each other over the relief work. The BJP alleged that the Shiv Sena leaders were not seen during the rains, while the Sena termed the BJP’s relief work as “photoshopped.”

Taking an indirect dig at chief minister Devendra Fadnavis, Sena chief Uddhav Thackeray said that he had learnt  that politicians do not help at all by visiting the control room during a crisis. His remarks came right after the CM was shown handling the situation from the Mantralaya and police control rooms.

Yuva Sena social media consultant Sagar Pardeshi, tweeted a photo claiming that the BJP has “photoshopped” the Sena’s name to take “undue credit” for the relief work being done by his party. Responding to this, the youth wing president, Aditya Thackeray asked BJP to stop such activities and focus on relief work instead.

Also joining in the blame game was NCP leader Dhananjay Munde. He said the BJP and Sena were jointly responsible for “allowing Mumbai to sink.” He said, “Uddhav Thackeray had assured that the city would not get water logged this monsoon. What happened to his tall claims? Where has all the thousands of crores spent on desilting works gone?” On Tuesday, Mayor Vishwanath Mahadeshwar, minister Eknath Shinde, MLA Sunil Shinde, corporator Sindhutai Masurkar were seen providing food and shelter to the people standing in the flooded waters, while the Yuva Sena chief was active on social media informing people about various measures taken by the BMC.

The CM on the other hand, visited the police and Mantralay control room to take stock of the situation at around 3pm. BJP  leaders Ashish Shelar and Kirit Somaiya tweeted photos of how they were helping people.