Reporter’s diaries: Forced to take detoured tour of city due to rains

That was my second detour and I drove upto Ghatkopar to get on the eastern freeway. 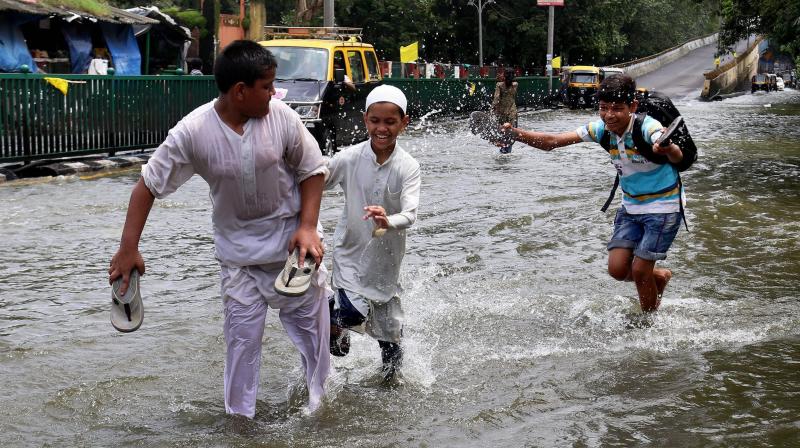 People wade at a flooded road in Thane, Mumbai on Wednesday, a day after heavy downpour. (Photo: PTI)

Despite the heavy rain in the morning, I headed to office at Wadala in my car from Bandra, taking L J Road. However, on reaching Sena Bhavan the police diverted traffic away from Plaza Theatre, hence I took my first detour through Matunga flyover. However on reaching Sion Hospital junction, the police asked me to take the Eastern Freeway to go to Wadala as the area around King Circle was flooded. That was my second detour and I drove upto Ghatkopar to get on the eastern freeway. It was almost 2 hours since I left home when I reached the freeway. While traffic moved at a snail’s pace, I managed to reach Wadala Bridge by 2.30 pm, after which the agonising wait for the traffic to move started.

After a slow crawl that lasted almost three hours, I went on the Wadala bridge only to find that a 50 meter patch on the other side of the bridge had around four feet of water which deterred not only four wheelers but even BEST buses from venturing through it. That was when I took the third detour. With the clock striking 6 pm, I took the Bombay Port Trust road and reached Cotton Green crossing. It had around three feet of water but I drove through. However, the journey was far from over as the Rafi Kidwai Marg was shut and I headed on the fourth detour through Kalachowky.