The same traffic problem was seen outside Sion hospital as well. 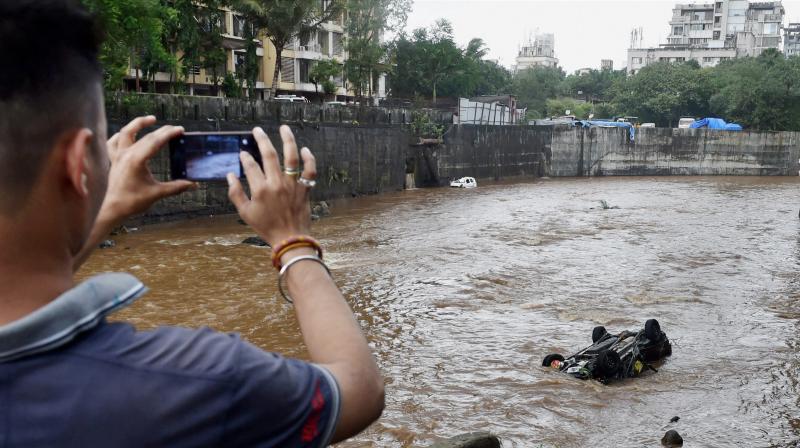 A man clicks picture of a car floating in a nullah in Mumbai on Wednesday, a day after heavy downpour. (Photo: PTI)

I took the train from Dombivali at around 10.30 am in the morning. Just as we got to Kurla junction, our local halted on the track. Till then, nobody had taken to walking on the tracks. We waited for almost half an hour inside the train till we saw people walking back from Sion. Many of us jumped out of the train and started walking along the Kurla Sion road to reach Sion station. I took a BEST bus which was going to Antop Hill as I wanted to reach my office in Wadala. But, half a kilometer passed and the bus came to a halt as traffic was bumper to bumper.

The same traffic problem was seen outside Sion hospital as well. Many had already started walking down towards Dadar. As I reached King's Circle, I saw hundreds of Mumbaikars walking in the water. I too waded through chest high water to cross the circle area.