Rather, these posts served as entertainment for people sitting in the warmth of their homes, sipping a hot cup of tea. 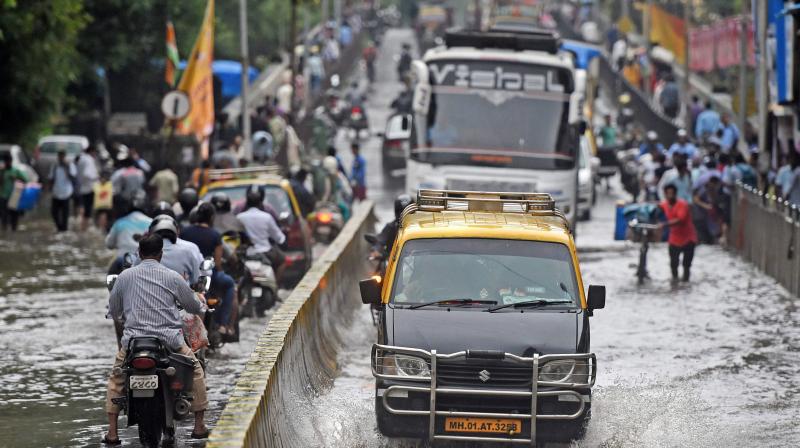 Vehicles plying at a waterlogged road after heavy rains, in Mumbai. (Photo: PTI)

Mumbai: At a time when most denizens of Maximum City were sharing their ordeal or offering aid to fellow citizens during the deluge on Tuesday, another section of Mumbaikars was busy posting pictures of the flooding which they most likely saw on their television screens and spreading panic on social media. While those genuinely stranded for hours at a stretch without food or water and in dire need of help would have hardly thought of posting pictures of their surroundings on any networking site, others who were possibly twiddling their thumbs busied themselves posting such scenes, along with offers of taking shelter in their homes.

Dr Devika Kotibhaskar, a psychologist, said, “Such posts and pictures on social networking sites send chills down the spine instead of giving any hope. At such time, posts offering food or ways to reach safe haven would have been helpful.” Starting Tuesday morning itself, social media was inundated with hundreds of posts in the form of pictures and videos of the downpour that were of no help to people really drenched and stranded and looking to make their way to their respective destinations.

Rather, these posts served as entertainment for people sitting in the warmth of their homes, sipping a hot cup of tea.

Dr Kotibhaskar told The Asian Age, “A behavioural pattern of unnecessarily showing events that are occurring instead of giving information on safe routes and alternative means of transport that one can take shows that the human mind always seeks drama.”

“Had people used the social media platform to help each other out or to ask for help, the move would have been largely appreciated. One good thing observed in this rain was that people opened up their homes for those who were stuck and offered them food and shelter,” she said.