Water at 10 of 12 locations tested by MPCB polluted

The MPCB carried out the assessment at 12 locations in the city in May this year. 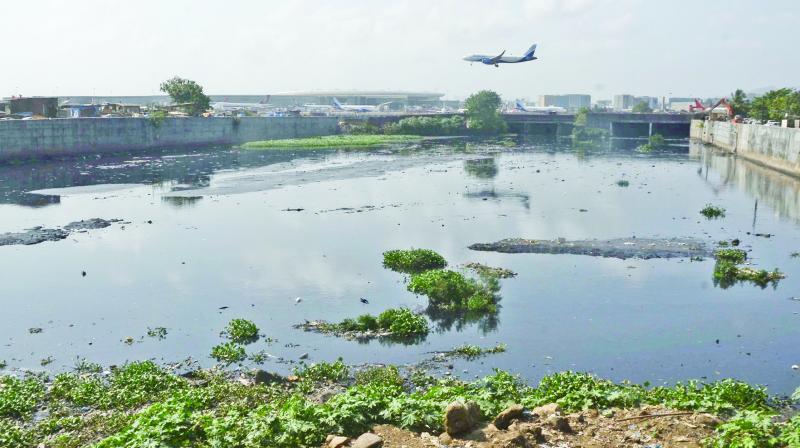 The fecal content in the Mithi river is 16 times the permissible limit.

Mumbai: According to the water quality assessment by the Maharashtra Pollution Control Board (MPCB), the water quality at 10 locations in Mumbai were found to be polluted. While the Mithi remains the most polluted in the district, the sea water at Gateway of India, Charni Road chowpatty and Haji Ali also recorded a ‘bad’ level on the Water Quality Index (WQI). The MPCB carried out the assessment at 12 locations in the city in May this year.

Apart from these, the quality of sea water at locations like Versova, Nariman Point, Malabar Hill, Shivaji Park and Juhu Beach also recorded a ‘bad’ WQI. A WQI below 50 is considered ‘bad’ and below 38 is considered ‘bad to very bad’. The monthly assessment of water samples at these locations shows that the pollution level has increased over the months till May.

The most polluted, Mithi river, which recorded a WQI of 21.22 in May, is also teeming with fecal coliform, a bacteria found in human excreta. The fecal coleform content in the Mithi river is 1600 MPN/100ml, which is 16 times the permissible limit. And it’s not just the Mithi, but samples from all the the mentioned locations also revealed fecal content beyond permissible limits.

“The Mithi river is facing major pollution from household sewage. Apart from that, samples were taken at the marine outlets through which both treated and untreated sewage water is released into the sea. That is why the fecal content has been recorded higher than the standard limit. The BMC has already issued tenders for the sewage treatment plants. We are also issuing closure notice to polluted industries,” said a senior MPCB official.

Thane has the highest number of ‘very polluted’ water stretches, with WQI below 38, among the districts in and around Mumbai. The stretches, include Rabodi nalla, Colour Chem. nalla, Sandoz nalla and BPT Navapur. Pune, on the other hand, recorded nine polluted stretches near Bhima, Mula-Mutha and the Pawna river.