An around 2.5-feet-long Green Vine snake, too, was rescued from atop a tree inside a society compound from Royal Palms, Aarey Colony, Goregaon. 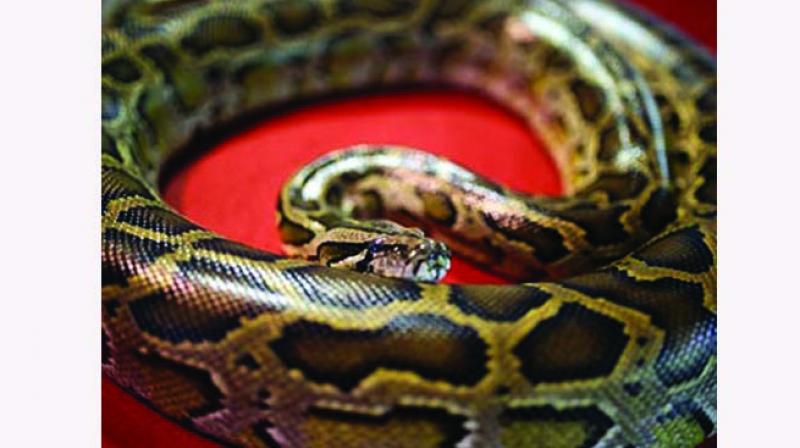 Mumbai: Five snakes, including a Russell’s Viper, Spectacled Cobra and Green Vine snake (venomous) and two Indian Rock Pythons were rescued from the city Friday. All the reptiles will undergo a medical checkup before being released into the wild.

A resident of Kanjur-marg (west), Swapnil Phatarpekar, spotted the Russell’s Viper struggling inside a net near the building and called Non-Governmental Organisation (NGO) Volunteers of Plant & Animal Welfare Society (PAWS), which rescued it.

Sunish Subramanian, honorary wildlife warden, Mumbai city, said, “People deliberately place nets to trap snakes. Some people might have done it as this snake resembles a Python which is not poisonous. Such mischief can cost them their life. The poor snake was unable to move since it was completely entangled in the net.”

An about four-feet-long Spectacled Cobra was spotted at the Royal Palms Estate, Aarey Colony, first under a generator and then on a tree near a bungalow from where it was rescued.

An around 2.5-feet-long Green Vine snake, too, was rescued from atop a tree inside a society compound from Royal Palms, Aarey Colony, Goregaon.