The petitioners are seeking cancellation of this project and demanding an underground metro instead of elevated one. 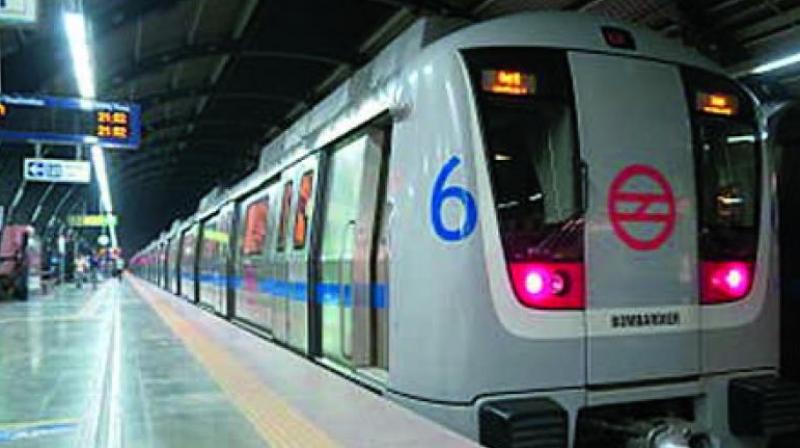 The judges told him that the petition would be heard when it would come up for hearing in due course.

Mumbai: A Bandra resident, who is also a BJP member, and an architect has filed a PIL in the Bombay high court against proposed elevated metro corridors for Line 2B i.e. DN Nagar to Mandala saying that at many places there is hardly one metre gap between the building and the proposed infrastructure.

The petitioners are seeking cancellation of this project and demanding an underground metro instead of elevated one.

Advocate Ameet Mehta on Monday mentioned the PIL before the division bench of Chief Justice Manjula Chellur and Justice M S Sonak for early hearing. The judges told him that the petition would be heard when it would come up for hearing in due course.

Advocate Mehta said that the petitioner Ajeet Manyal is a social activist and many people from his area have approached him with apprehension that the elevated metro rail corridor will cause huge problems in the area.

While second petitioner Nitin Killawala is an architect who has conducted a study and has pointed out several problems, which would be created due to an elevated metro corridor.

He has even pointed out several places where the gap between metro and some buildings would be less than one metre.

According to him, the PIL is against the proposed elevated corridor for line 2B i.e. DN Nagar to Mandala which is an extension of line 2A i.e. from Dahisar to DN Nagar.  The petition is proposing the cancellation of the elevated metro route for the line 2B of the metro project and is strongly advocating and demanding an underground route for the said line.

The petition has claimed, “The decision to have an elevated route for the Mumbai Metro for Line 2B of the Metro Project is “grossly fallacious, erroneous, unreasonable, unsound and unjustifiable” in the context of public health, safety, right to privacy and right to property, better infrastructure and basis facilities and most importantly right to quality life.”