The BMC however has disagreed with the report. 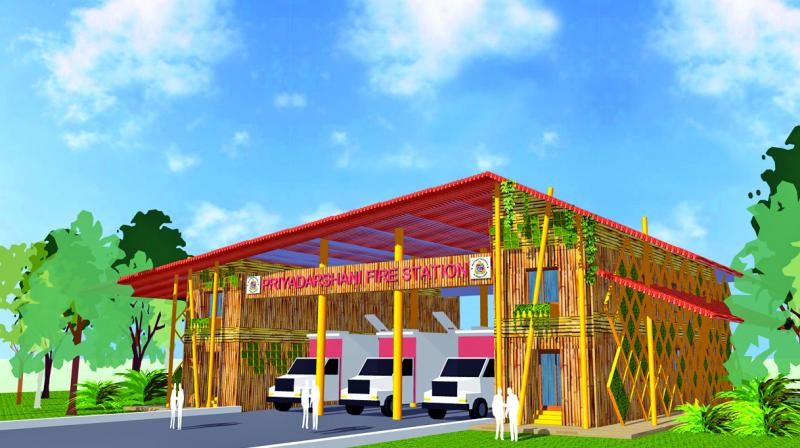 The report stated that in addition to obstructing four foot of the 16 foot-wide walking track, an entire stretch of jogging track too has been obstructed by the shed constructed for the fire engine.

Mumbai: The court receiver — asked to verify residents’ allegations that Brihanmumbai Municipal Corporation (BMC) has usurped and damaged a part of Priyadarshini Park at Malabar Hill where the fire engine is stationed —has submitted his report, confirming that the fire engine and shed are obstructing the walking track and children’s play area. The report, a copy of which is with The Asian Age, states that the civic body has not only covered the tracks but also made attempts to cover up by putting soil. The BMC however has disagreed with the report.

According to the report, a two-member committee comprising the court receiver and member secretary, Maharashtra State Legal Services Authority, visited the park as per October 11 directions of the bench headed by chief justice Dr Manjula Chellur, and conducted the inspection in the presence of all parties.

The report stated that in addition to obstructing four foot of the 16 foot-wide walking track, an entire stretch of jogging track too has been obstructed by the shed constructed for the fire engine. The report said that 125 foot of the walking track leading towards the proposed fire station was pressed, covered and levelled with material/soil at intermittent places. Furthermore, the soil is different and there is damage to the fencing near gate 2 of the park with broken Shahbad tiles at the spot. The BMC disagreed with the report but the court refused to hear anything till it complied with a previous court order.