Government backs its system of acquiring land in state

Affidavit stated that 267 villagers of Nashik district had given their consent for the land acquisition to constitution of the Mahamarg. 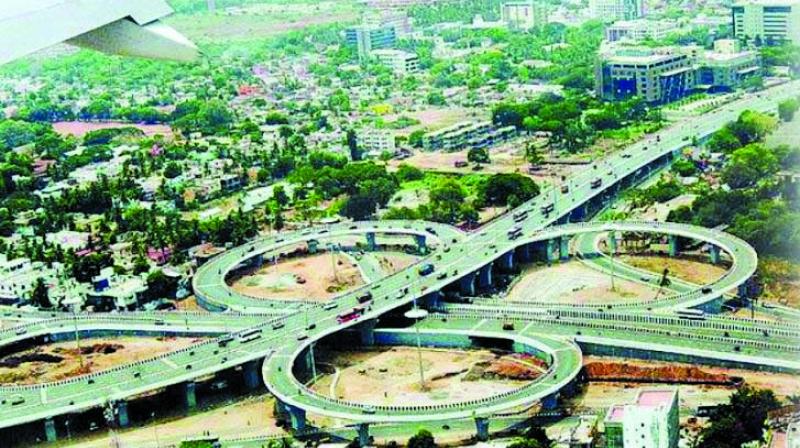 The state has paid Rs 47.69 crore towards the sale consideration amount against the 77 deeds.

Mumbai: The state government has backed its land acquisition system for Mumbai Nagpur Samruddhi Mahamarg project. In its affidavit filed in the Bombay High court, it has stated that the government in 2016 has formed a land pooling scheme as well as the direct purchase of the private land through private negotiation with the landowners.

The government has constituted the committee under the chairmanship of district collector (Nashik) for land acquisition and to give compensation.

The affidavit stated that 267 villagers of Nashik district had given their consent for the land acquisition to constitution of the Mahamarg. Till October 10, 37.79 hectares has been purchased from agriculturists by 77 registered deeds. The state has paid Rs 47.69 crore towards the sale consideration amount against the 77 deeds.

A division bench of chief Justice Manjula Chellur and Justice M.S.Sonak was hearing the petition filed by Grampanchayat of Igatpuri and Sinnar Taluka of Nashik District. The grampanchayat alleged that the  Mumbai-Nagpur Samruddhi expressway is proposed to be built from three hundred village and twelve districts of Maharashtra.

It is also going to be built from the Nashik district and the most fertile land is going to be affected by this project.

The court had directed the state to file an affidavit.  Accordingly, Rahul Patil, sub-divisional Authority Nashik district has filed an affidavit.