Court frames charges against Sadhvi, 6 others

They have been booked for murder and conspiracy. 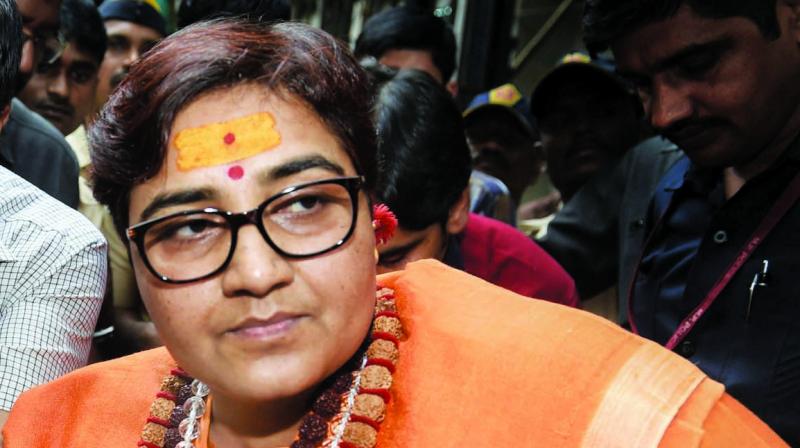 Special NIA judge Vinod Padalkar, while framing charges against the accused, said, “All seven accused of Abhinav Bharat Sanghatna had conspired and conducted terrorist activities. You hatched the conspiracy between January 2008 and October 2008 with the intention of spreading terror in society.”

“You, along with absconding accused Sandip Dange and Ramji Kalsangra, had parked an LML Freedom motorbike loaded with RDX at Bhikku chowk in front of a mosque due to which the explosion took place and six people died and 100 were injured. Therefore, you have been booked for hatching conspiracy, murder, aiding and abetting in a murder and also causing damage to public property,” said Mr Padalkar.

Lt. Col. Purohit told the court that he had not expected this and said, “No one can doubt my honesty, integrity and service record. The UAPA should not have been invoked against me.”

Thakur, after the court proceedings, told reporters that the investigating agency had given her a “clean chit” in the case. “Despite that, charges have been framed against me. My struggle against this will continue. I will eventually win because I am right,” she said.

The NIA, after taking over the case, had filed a chargesheet in 2016 giving a clean chit to Thakur and three others - Shyam Sahu, Praveen Takalki and Shivnarayan Kalsangra - saying it found no evidence against them and they should be discharged from the case.

The accused were charged under sections 16 (committing terrorist act) and 18 (conspiring to commit terrorist act) of the UAPA. They were also charged under sections 120 (b) (criminal conspiracy), 34 (Common intention) 302 (murder), 307 (attempt to murder), 324 (voluntarily causing hurt) and 153 (a) (promoting enmity between two religious groups) of the IPC and section 3,4,5 and 6 of the Arms Act.