At a secret time and place, Dylan is to receive his Nobel diploma and medal in a closed meeting. 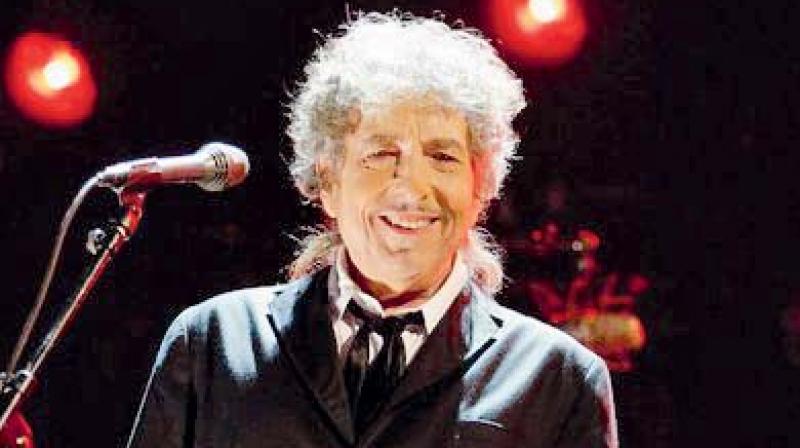 Stockholm: After months of controversy, Bob Dylan was due in Stockholm on Saturday to finally grab his Nobel literature prize in a meeting with the Swedish Academy, which honoured him for his poetry.

At a secret time and place, the famously reclusive Dylan is to receive his Nobel diploma and medal in a closed meeting at the weekend with members of the Swedish Academy, which elects the winners of the literature prize.

“The setting will be small and intimate, and no media will be present; only Bob Dylan and members of the Academy will attend, all according to Dylan’s wishes,” Sara Danius, permanent secretary of the Academy said in a blog post on Wednesday. Mikael Timm, a culture reporter at the public Swedish Radio, thinks Dylan wants the meeting to be strictly private to avoid a situation that could spiral out of his control, especially after a series of “humiliating press conferences” in the 1960s. “He obviously wants to communicate but realised he doesn’t need to be exposed to aggressive and offensive press conferences,” Timm said.

Dylan is set to perform concerts on Saturday and Sunday in Stockholm, the first stop on a long-planned European tour for his latest album of cover songs

It is unclear if the meeting will take place before or after the two concerts as the Academy has been tight-lipped.

The 75-year-old rock enigma will not give his traditional Nobel lecture during the meeting, the only requirement to receive the eight million kronor (836,000 euros, $895,000) that comes with the prize.

The clock is ticking for Dylan who has until June 10 to deliver his lecture, which could be anything from a short speech to a performance, a video broadcast or even a song.