Harman Sidhu, 90 per cent disabled from spinal cord injuries, took up a fight against liquor vends after a road accident. 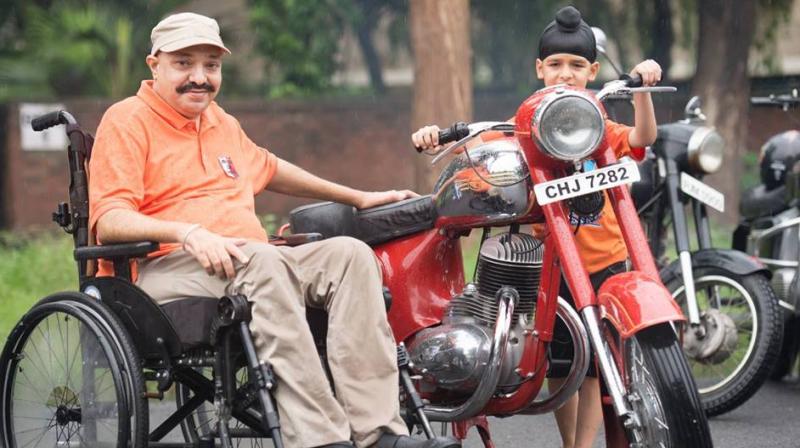 Chandigarh: 47-year-old Harman Sidhu, bound to a wheelchair, has just experienced his biggest moment of victory.

Why? Because Sidhu is the man behind the Supreme Court’s Friday order banning liquor outlets within 500 metres of all state and national highways, according to a report in the Indian Express.

Sidhu, who is almost 90 percent disabled from spinal cord injuries and who has to pop painkillers every day, adopted the cause after he was grievously injured in a road accident in 1996.

On October 24 that year, he was in a car with two friends, returning to Chandigarh from a trip in Himachal Pradesh. Sidhu was in the rear seat. On an earlier trip, they had spotted a leopard on the road in Chandni in Sirmaur district. Sidhu said to Indian Express that they decided to drive off the road to see if they could spot the leopard again. Instead, their vehicle fell into a gorge.

Sidhu said that the incident changed him, not just physically but also as a person. While everyone survived the accident, Sidhu was the most injured even though he was in the back seat.

“During my two-year long treatment at PGI, I observed that most injured persons being brought to the emergency section were in the road traffic injury category. That was when I decided to do something constructive,” Indian Express quoted Sidhu as saying.

Sidhu established ArriveSafe, a road safety NGO in 2006. But the idea of campaigning against liquor vends came to him only in 2011, a year before he moved an application in the Punjab and Haryana High Court.

Since December 2016, when the Supreme Court first ordered that liquor vends be shut on all national and state highways, Sidhu said his phone had not stopped ringing.

While a few calls are of appreciation, and some from the media, many are threatening calls from people in the liquor business, Sidhu said.

Sidhu even claimed that one caller offered him Rs 25 crore. He also received 10 calls from diplomatic missions seeking to find out the average number of liquor vends on highways.

Sidhu told one of the callers that on the 291-km stretch from Panipat to Jalandhar, there were 185 liquor vends. This information, he said, was given to him by the NHAI in response to an RTI query.

Sidhu also dismissed the idea that people’s livelihoods would be jeopardised because the apex court banned serving of liquor even in restaurants close to national and state highways. “People don’t go to restaurants just to drink,” he was quoted as saying.

The wheelchair-bound Sidhu said that he had spent Rs 9 lakh on the case against liquor vends, adding that he travelled 50,000 kilometres across Punjab, Haryana and Rajasthan in a custom-built vehicle gathering information on these vends.

But what next? Sidhu has now launched another campaign, to make sure that bridges in the country have railings.

In September, a school bus plunged into a drain in a village near Amritsar in Punjab. 7 children were killed and 20 seriously injured in the incident. The bus, driven at high speed, plunged over a bridge without railings.

Following this, Sidhu carried out a survey of bridges, and found 100 bridges without railings in Punjab.

He has filed a PIL in the Supreme Court, and the apex court will hear the matter on April 10.