Westland launched their new imprint, Westland Sport with the unveiling of Laxman’s autobiography that will hit the stores on 19 November. 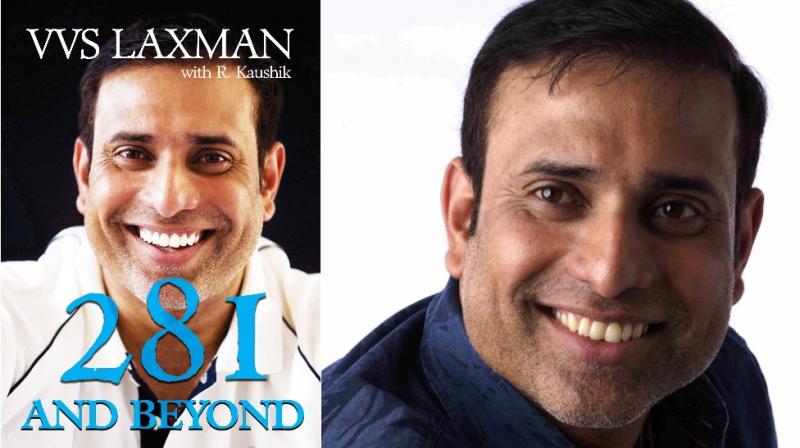 Laxman writes of dressing-room meltdowns and champagne evenings, the exhilaration of playing with and against the best in the world.

Former India cricketer, VVS Laxman today launched the cover of his much-awaited autobiography, 281 and Beyond, via Facebook live stream in Hyderabad, in association with Star Sports.

The cricketer was in conversation with journalist and anchor at Star Sports, Mayanti Langer.

Published by Westland Publications Pvt. Ltd., the book will release under their new imprint, Westland Sport. It has been co-written by sports journalist R. Kaushik.

A stylish batsman who could score against any kind of bowling, VVS Laxman played over a hundred Tests to score over 8000 runs. In his autobiography, he opens up about his early cricketing days and playing for Hyderabad. He talks about his friendship and camaraderie with former team-mates Sachin Tendulkar, Sourav Ganguly, Mohammad Azharuddin, Virender Sehwag, Rahul Dravid and Anil Kumble, and the special connection he has with Eden Gardens.

Speaking at the cover launch, VVS Laxman said, “Since my retirement I wanted to share my story with the entire world. I believe it is a unique yet normal story for a sportsperson from this country. The turning point in my life was the 281 knock. In the book I have spoken about what led me to play the match and how I was able to get fit in time for the match and my entire journey batting with Rahul Dravid on the 4th day, how we built that partnership and more. I think that Test series taught us a lot. It gave us a progressive and aggressive mindset that we can do well against anyone in the world.”

“It’s been a pleasure to get to know Laxman professionally. He is extremely good-natured and with this book it’ll be interesting to see another side of him, a side that made him such a fighter,” says Mayanti Langer, TV Presenter.

The autobiography is candid and reflective, and deeply insightful. Laxman writes of dressing-room meltdowns and champagne evenings, the exhilaration of playing with and against the best in the world, the nuances of batting in different formats and on various pitches, the learnings with John Wright and the rocky times under Greg Chappell.