SRK left Salman behind to top the male celebrity of the year list with 36 per cent share of the conversations. 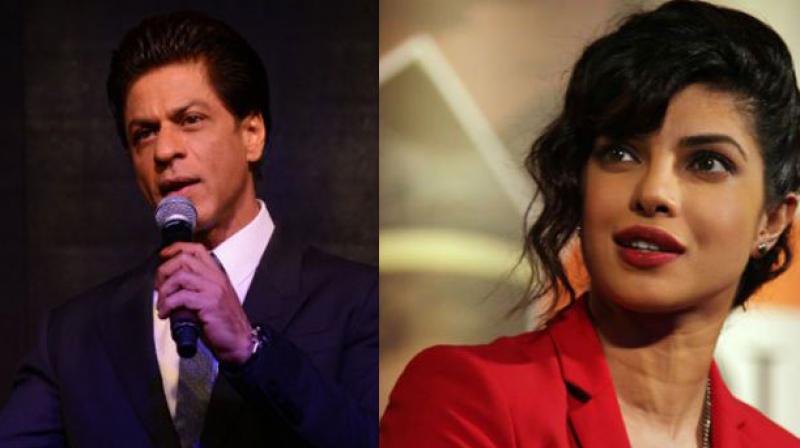 Among the actresses, it was Priyanka Chopra who emerged as the most talked about female star in 2016.

Mumbai: Superstar Shah Rukh Khan has emerged as the most talked about celebrity on social networking site Twitter.

Shah Rukh left Salman Khan behind to top the male celebrity of the year list with 36 per cent share of the conversations. Salman had an 18 per cent share, a press release issued here said.

Gen-next star Varun Dhawan also made it to the list, followed by Akshay Kumar and megastar Amitabh Bachchan. Others on the list include Hrithik Roshan, Sidharth Malhotra, Karan Johar, Ajay Devgn and Ranveer Singh.

Among the actresses, it was Priyanka Chopra who emerged as the most talked about female star in 2016 on Twitter with a 23 per cent share among the top 10, followed by Alia Bhatt with an 18 per cent share.

The rating is done on basis of actors' account handle mentions.

Content-driven films such as Shahid Kapoor's 'Udta Punjab' and Alia Bhatt starrer 'Dear Zindagi' emerged as some of the most spoken about films on Twitter along with mass blockbusters like Salman Khan's 'Sultan'.

While 'Sultan', 'Ae Dil Hai Mushkil' and 'Shivaay' were some of the most talked about movies, films 'Udta Punjab' and 'Dear Zindagi' centered around serious issues like substance abuse and mental health, too made it to the top five most spoken about films list of 2016, a media release said.

'Sultan' led the conversation charts with 25 per cent share among the top 10 most spoken about films of 2016, followed by 'Ae Dil Hai Mushkil' with a 15 per cent share, it said.

Akshay Kumar's two movies 'Rustom' and 'Airlift', Shah Rukh Khan's 'Fan', Aditya Chopra's directorial venture 'Befikre', Aamir Khan's 'Dangal' are the other films that featured in the top ten most spoken about films of 2016 on Twitter.