A prominent name in Telugu, Tamil and Hindi films, Viswanath became the 48th recipient of the Phalke award 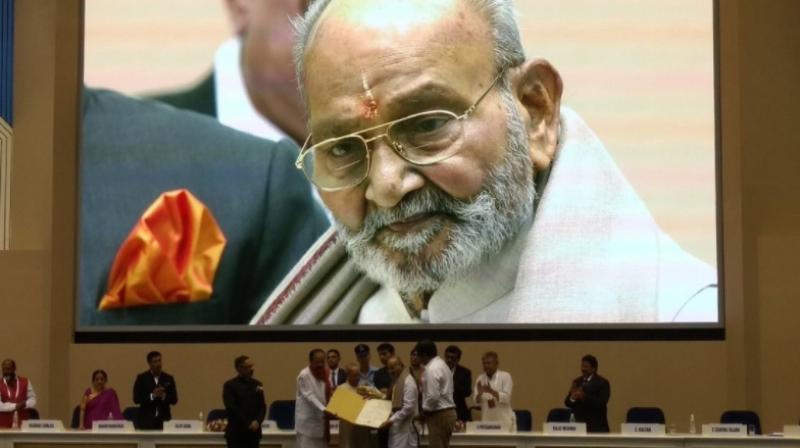 A prominent name not just in Telugu cinema but also in Tamil and Hindi films, Viswanath, 87, became the 48th recipient of the Phalke award, the highest recognition in Indian cinema, which includes a golden lotus, a cash prize of Rs 10 lakhs, a citation and a shawl.

An emotional Viswanath, who attended the ceremony with his wife Jaya Lakshmi, thanked his parents and fans in a brief acceptance speech.

"It is an auspicious occasion to receive this prestigious award. I offer my 'pranams' to my parents and to the Almighty who is everywhere. Thank you to his excellency, the President, honourable ministers and jury members and to all my fans everywhere in India," the veteran filmmaker said. 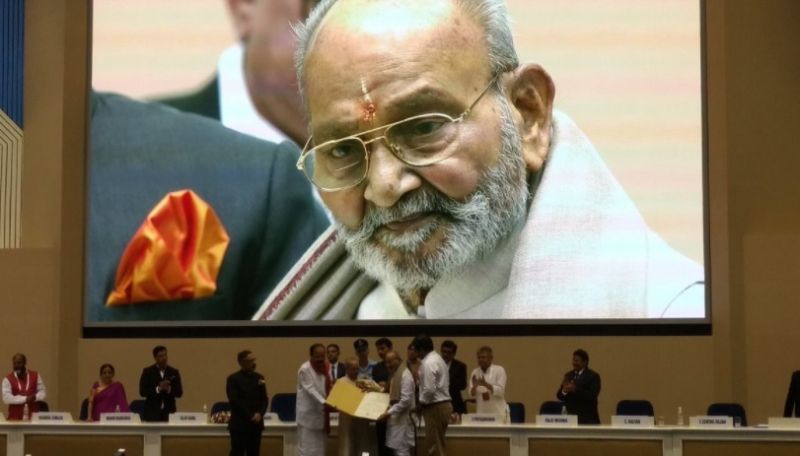 Information & Broadcasting Minister M Venkaiah Naidu said Viswanath's speciality was that he made entertaining films without violence, vulgarity or fight.

"He is a great inspiration for budding filmmakers," Naidu said.

Viswanath, who started his journey as a sound artiste, directed award-winning films such as 'Sankarabharanam', 'Sagara Sangamam', 'Swati Mutyam', 'Saptapadi', 'Kaamchor', 'Sanjog' and 'Jaag Utha Insaan' in his long career that included an equally successful stint in front of the camera.

His other honours include Padmashri in 1992, five National Awards, 20 Nandi Awards (given by the Andhra Pradesh government) and ten Filmfare trophies including the Lifetime Achievement award.

A short video was played during the ceremony to celebrate the filmmaker's accomplishments in cinema.

Anil Kapoor, who worked with the filmmaker in 'Eeshwar' in Hindi, cheered for Viswanath from the audience. 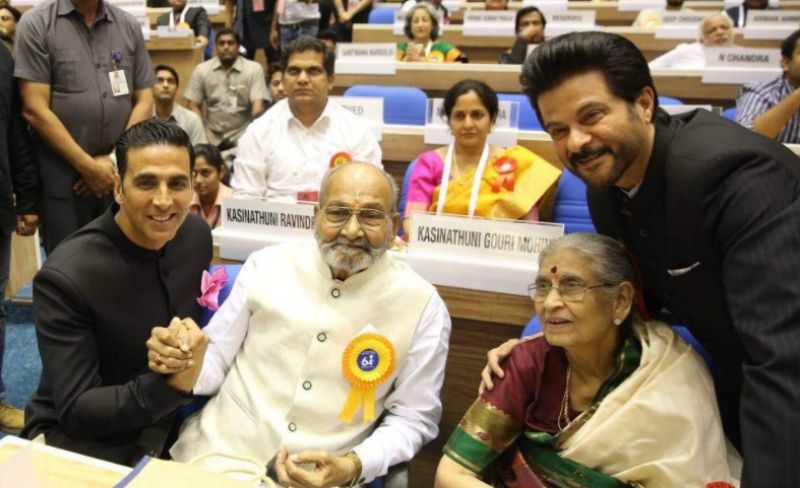