Mawa, now 74, has reopened his spices, dates and dry fruit store which will be run by its original name-Messers Nandlal, Maharaj Krishan. 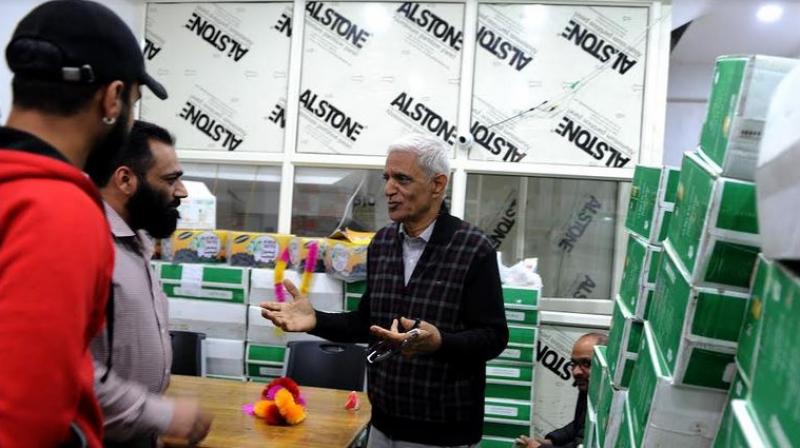 Roshan Lal Mawa interacts with his customers at his recently reopened shop in Srinagar. (Photo: H U)

Srinagar: Gadd’a Kocha, a labyrinth marketplace in the heart of central Srinagar, witnessed a kind of celebration on Tuesday. There were lots of laughs, hugs, tears and distribution of sweets.

The occasion was; reopening of a business outlet by Roshan Lal Mawa, a Kashmiri Pandit trader who had fled the Valley in autumn 1990 after surviving attempt on his life.

On October 13 that year, Mawa was sitting in the same shop when a young man, a militant, turned up to shoot him multiple times, using a handgun. Mawa sustained bullet injuries in his belly and the shoulder. He, however, survived the murder attempt. 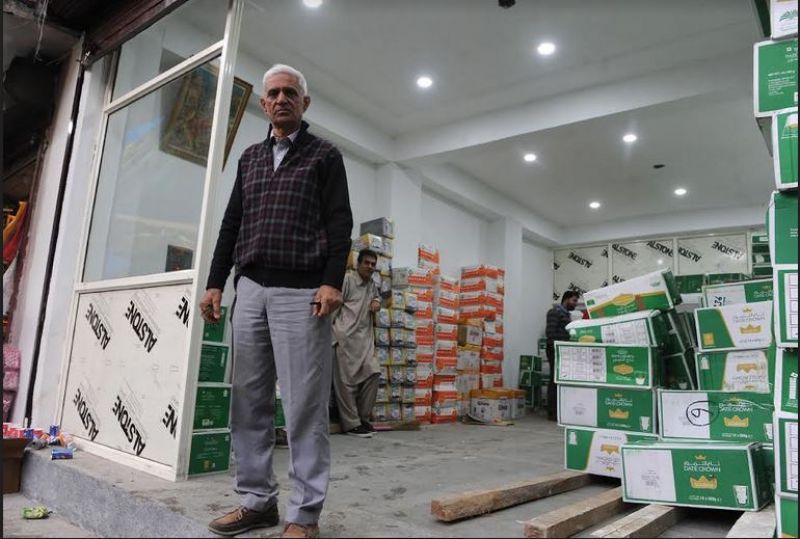 Following this incident, the family decided to leave their home and hearth in the Valley and soon relocated to Jammu, the winter capital of the State, where a vast majority of the Kashmiri Pandits had already taken refuge in the aftermath of the separatist campaign bursting into a major violence back home.

After spending a few years in Jammu, Mawa shifted to Delhi where he opened a shop in Khari Baoli, a street at the western end of the Chandni Chowk known as being Asia’s largest wholesale spice market. His business thrived and soon he became the proud owner of a luxury bungalow in Sainik Farms, an affluent settlement in South Delhi. But a natural longing has brought him back to his original hometown. “I spent more than two decade in Delhi where my business was doing well but there was always longing for the home in Kashmir,” Mawa said. The family has a home in Srinagar where his son, a doctor by profession, and his family has been living for some time.

Mawa, now 74, has reopened his spices, dates and dry fruit store which will be run by its original name-Messers Nandlal, Maharaj Krishan. “I was doing ten times more business in Delhi than I expect to do here in Srinagar. But I wanted to return here. My roots lay here in Kashmir and I want to die here only,” he said.

Before reopening it after so long, Mawa gave his shop a facelift. On Tuesday, local Muslim traders and large number of residents visited the place to greet Mawa and assure him of their support. “We’re happy that he decided to return and reopen his shop here. Already there are about half a dozen Hindu traders operating from Gadd’a Kocha-Zaina Kadal- Maharajgunj business district. They never faced any problems,” said Muhammad Ashraf, a wholesale cloth merchant of the area.