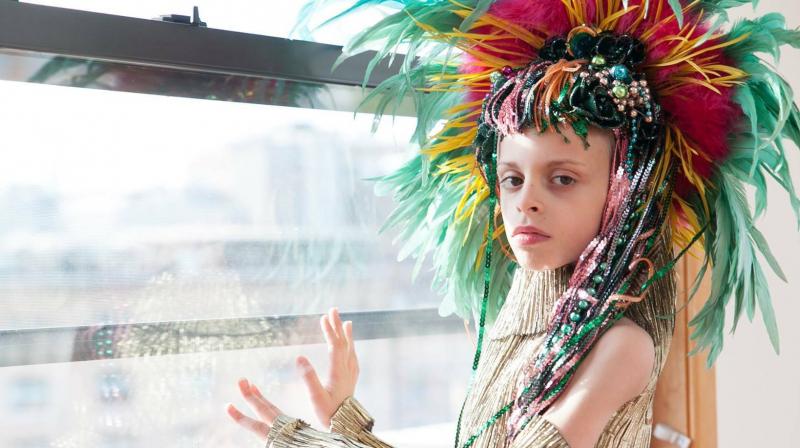 Napoles says he realised he was gay at a young age when he started developing crushes on boys. (Facebook/ Desmond is Amazing)

Self-proclaimed ‘drag kid’ from Brooklyn, 10-year-old Desmond Napoles would wrap his mum’s towels around his body, don her heels and strut arund the house ever since he was a child.

Napoles says he realised he was gay at a young age when he started developing crushes on boys.

Speaking to Out, his mother Wendylou says that at first she thought her son was transgender due to hi saffinity for feminine clothing.

Napoles, known on social media as Desmond is Amazing, was first spotted by the masses wearing an extravagant rainbow-coloured outfit while dancing flamboyantly at the New York Pride Parade in 2015 in a video that circulated the web. He has, since then, become an icon for the LGBTQ community with more than 15,000 Instagram followers, following which a lot of people reached out to him to tell him how inspirational he is to people around the world.

With that in mind, Napoles decided to created the very first drag club just for kids so that they could have a safe place to express themselves as fully as possible.

Speaking to Out, the youngster said that people should be able to be free and let themselves express how they want, whenever they want.

“Haus of Amazing” was officially announced on Instagram in October, with Napoles explaining in the caption that they’re on a mission to create a “positive, encouraging, and safe online community for all drag kids to connect with one another.”