Priyanka Chopra Jonas along with her mother was seen cheering for Serena Williams at the US Open. 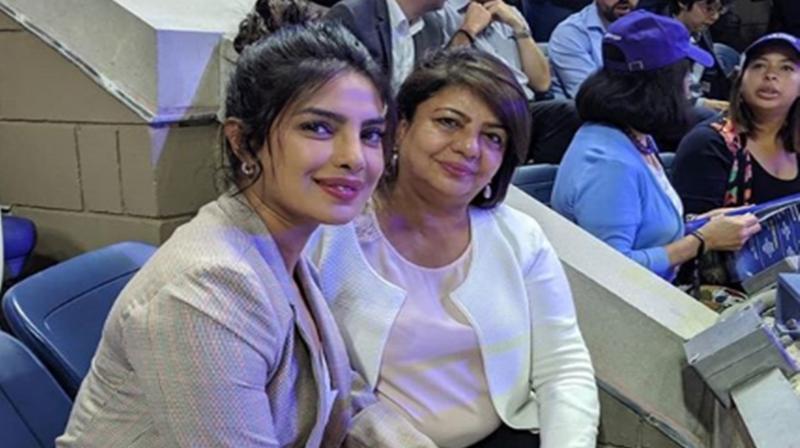 New Delhi: Priyanka Chopra Jonas along with her mother was seen cheering for Serena Williams at the US Open!.

Congratulating the ace tennis player over her 100th victory, PeeCee shared two pictures on Instagram in which she can be seen enjoying the game with her mother and extending wishes to the player over her win.

"Amazing to watch Serena Williams win her 100th US Open! Legend! Also always a fun time with this girl Madhu Akhouri Chopra," she wrote alongside the picture.

Amazing to watch @serenawilliams win her 100th US Open! Legend! Also always a fun time with this girl @madhumalati!

Recently the 37-year-old actor landed herself in the middle of a controversy where she got Nick's age wrong on social media while praising him for his new fashion collaboration titled 'Tequila One.'

She shared a picture of her star husband on Instagram to congratulate him on his new venture. In the post, she referred to him as 27, although he is 26. "So proud. When you own your own tequila at 27," she captioned the post.

Meanwhile, Priyanka will next be seen in Shonali Bose directorial 'Sky is Pink' while Nick is currently busy with his 'Happiness Begins Tour' along with his brothers Joe and Kevin Jonas.