Is Deepika Padukone ready to team up again with Sanjay Leela Bhansali?

Rumour has it that Deepika will be seen for fourth time with her favourite director in Amrita Pritam’s biopic. 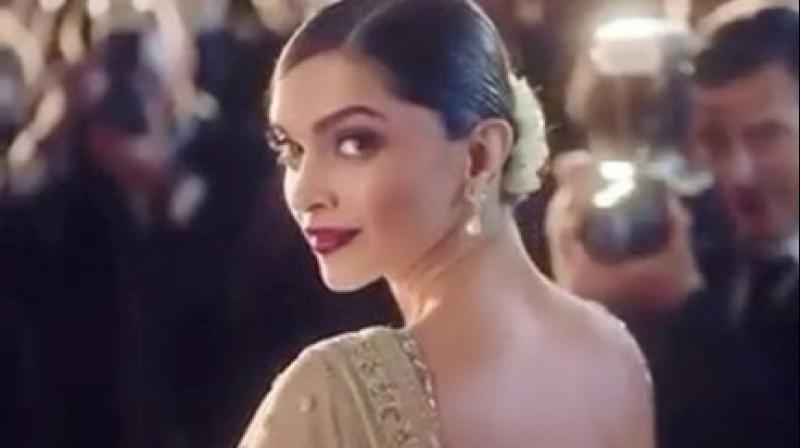 Deepika is currently busy promoting her next big release, Padmavati.

Mumbai: After her three successful collaborations with Sanjay Leela Bhansali, Goliyon Ki Rasleela: Ram-Leela, Bajirao Mastani and upcoming Padmavati, rumour has it that Deepika will be seen for fourth time with her favourite director. This film will be an intense love story between writer-poetess Amrita Pritam and poet-lyricist Sahir Ludhianvi. Earlier, Priyanka Chopra and also Parineeti Chopra were considered to play the lead, but as per the report in the Quint, the Padmavati star is already on board and will soon begin shooting for Bhansali's next.

If Deepika will play Amrita Pritam in the film, Abhishek Bachchan will essay the character of poet-lyricist Sahir Ludhianvi. Its also been reported that Junior Bachchan has already begun preparing for the role.

A source was quoted as telling the website, "Abhishek has begun preparing for his Sahir biopic. He will begin rigorous interaction with Sanjay Bhansali after Padmavati release. But his groundwork on Sahir has begun in right earnest. He is regularly listening to the immortal repertoire of Sahir's lyrics from Guru Dutt's Pyasa to Yash Chopra's Trishul. Abhishek's father had the good fortune to interact with Sahir when he worked in Kabhi Kabhie and Trishul. So Bachchan saab is able to provide plenty of invaluable inputs to Abhishek's preparation."

On the related note, If Deepika officially sign this film, this will be her  fourth collaboration with taskmaster Bhansali, and Abhishek's first film with the director. Interestingly, Deepika and Abhishek have earlier worked together in movies like Farah Khan’s 'Happy New Year' and ashutosh Gowarikar’s period film  'Khelein Hum Jee Jaan Sey'. It will be nice to see them once again together.

Deepika Padukone is currently gearing up for the release of Bhansali's period drama, Padmavati. The film also stars Ranveer Singh and Shahid Kapoor. Padmavati is set to hit the screens on December 1.