Seven-year-old Jay Shetty is all set to fly to the United States for an experimental stem cell treatment using his little brother's cells. 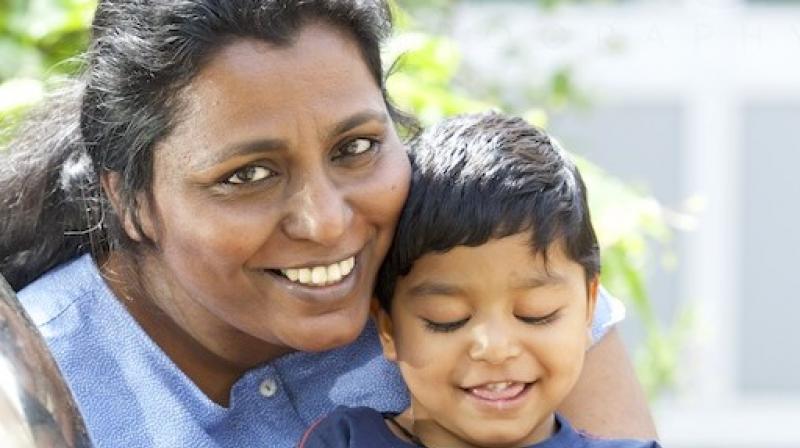 Jay suffered brain damage due to a collapsed lung when he was born to Shilpa and Raj Shetty. (Photo: just4children.org)

A British boy who is severely disabled on account of suffering brain damage shortly after birth will soon undergo experimental treatment.

Seven-year-old Jay Shetty is all set to fly to the United States for an experimental stem cell treatment using his little brother's stem cells.

Jay suffered brain damage due to a collapsed lung when he was born to Shilpa and Raj Shetty.

This means he has never been able to sit upright, eat by himself or walk without assisstance.

He has never been able to play with brother Kairav, or hug his parents.

The experimental therapy involves Jay being injected with stem cells from the umbilical cord blood of his little brother Kairav.

This could improve all his symptoms, including severe sight loss.

The pioneering treatment, being carried out at Dukes University, North Carolina.

In most stem cell treaments the cells come from the patient themselves, but in Jay's case this was not done.

However, Kairav's stem cells were taken and they are the ones which will be transplanted.

A 2017 study of 63 children suffering from cerebral palsy, found that those who received injections of cord blood saw improvements in their motor abilities in a year's time.

Jay's parents are paying around $15,000 to take part in the experimental trials being conducted at Duke University Medical Center in North Carolina.

Shilpa said to the Daily Mail. "It is hoped that millions of stem cells from his sibllngs cord blood will find their way into Jay’s brain where they will help to regenerate damaged areas."