The film voices the issue of open defecation intertwined with an emotional backdrop of mother and son relationship. 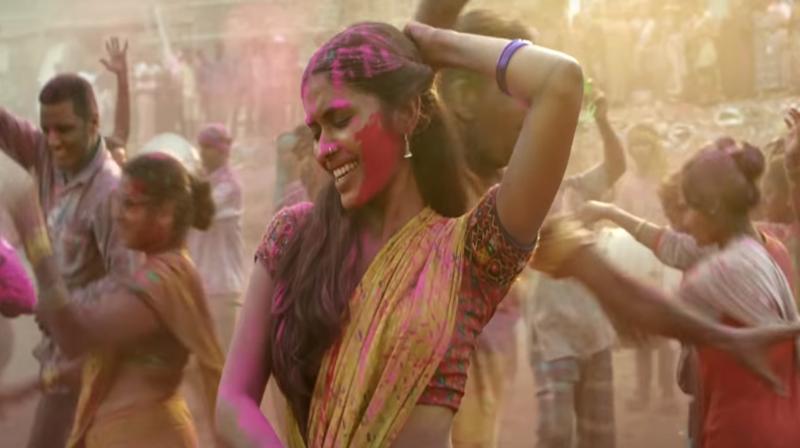 Mumbai: The latest song 'Bajaa Bajaa' from Rakeysh Omprakash Mehra's upcoming film 'Mere Pyare Prime Minister' proves to be a treat this Holi season, bringing back the iconic melody from the 50's era.

Filmmaker Rakeysh Omprakash Mehra has been a huge admirer of legendary filmmaker V. Shantaram, hence, as a mark of respect to his body of work, the director paid a tribute to him by recreating the iconic 'Are Ja Re Hat Natkhat' song from Navrang.

Talking about the song, Rakeysh Omprakash Mehra said, "It’s a great tradition in our movies with regards to Holi Songs like Rang Barse and Holi Ke Din Dil Khil Jate Hain, from Sholay. Just taking the chain forward with yet another beautiful Holi song in Mere Pyare Prime Minister with Gulzar Bhai’s original song ‘ Baja Baja Re’ which is composed with Shankar Ehsaan and Loy. As an ode to V Shantaram and his iconic song ‘Natkat’ we have taken a para from the original score and incorporated with this song ‘Baja Baja – Dhol Baja Re’. It’s the festival of colours and beautiful scene in the movie which takes the story forward.”

Sharing the song on social media, the director said, "This year, Holi will be incomplete without Bajaa Bajaa Bajaa Dhol Bajaa Re.".

The video is a visual delight showcasing the lead actress Anjali Patil drenching the festivity of Holi in a pompous celebration.

'Mere Pyare Prime Minister' voices the issue of open defecation intertwined with an emotional backdrop of a mother and son relationship.

The story revolves around Kahnu, a boy from the slums in Mumbai, as he pleads the Prime Minister for sanitation facilities after his mother encounters an ugly incident.