The 13th egg which was not known about by anyone for 34 years finally goes under the hammer. 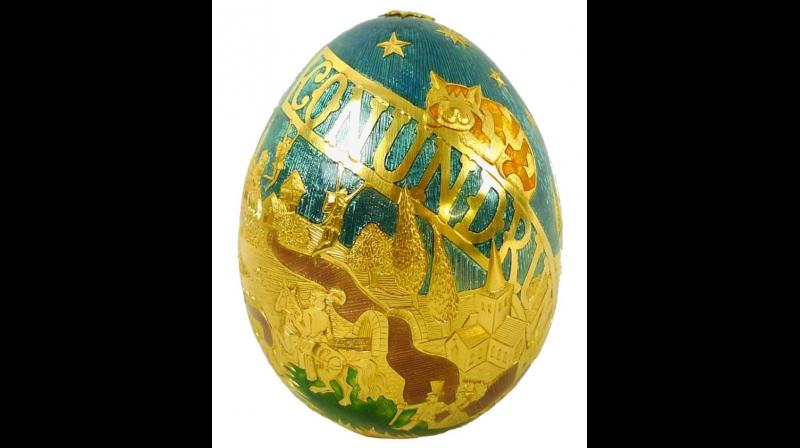 The 983 treasure hunt saw a dozen certificates entitling whoever found one of the 250-gm decorative eggs to keep them (Photo: Facebook)

In 1983, Cadbury had commissioned 12 golden eggs for a competition that saw thousands of treasure hunters digging up the countryside in their search for gold.

Now, 34 years later, a retired couple are geared up to celebrate their wee days as they sell their one-of-a kind 22 carat gold egg for £20,000.

The 1983 treasure hunt saw a dozen certificates entitling whoever found one of the 250-gm decorative eggs to keep them, from the dozen locations across Britain’s countryside through cryptic clues and secret locations.

However, complaints from people whose private properties gold diggers were turning upside down forced the chocolate company to call off the competition.

Six of the 12 golden eggs were claimed by the time the contest was scrapped.

Or so they thought!

Now one of the treasure hunters from the time has finally got their hands on one of the eggs, and it is not even one of the 12 which were hidden!

The decorative egg is actually a 13th larger egg that was produced by Cadbury's and awarded to one of its retailers in a prize draw as a thank you for helping with the competition.

The couple, who live on the south coast of England, did not put their prize on display or tell friends or family about it but kept it squirreled away knowing it would be a valuable nest egg for their retirement.

Made by Queen’s jeweller Garrard & Co, it is about three inches tall and weighs 323.6 grams.

Greg Bateman, from Batemans Auctioneers in Stamford, Lincs, said that the 13th egg was never known about by the public.