Indigo had given expression of interest in Air India's overseas operations, while Tatas were making only verbal enquiries. 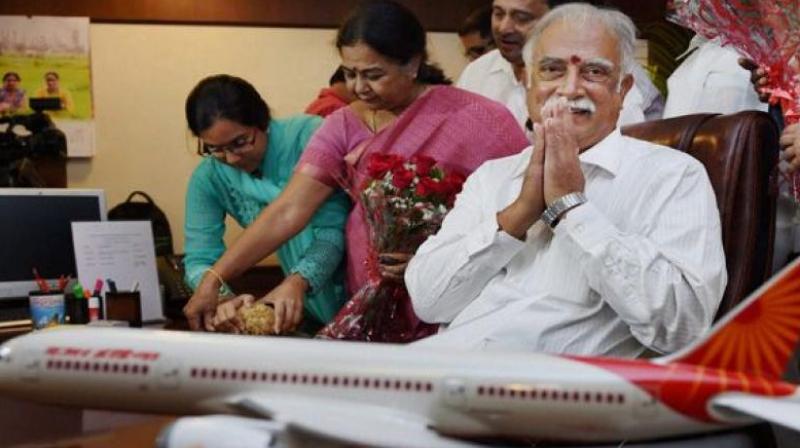 Kolkata: Civil Aviation Minister Ashok Gajapati Raju on Monday said the government wants to make Air India vibrant for which plans on an 'alternative mechanism' was being worked out.

The national carrier, entirely funded by government, was making losses and was now in a debt trap due to interest burden.

"We want to make Air India a vibrant entity and not to go the Kingfisher way", Raju told reporters here.

He said the government was working on an 'alternative mechanism' and all options were being explored.

Raju said "Air India's financials are bad. But we want it to continue to be in the skies".

The minister said private carrier Indigo had given expression of interest in Air India's overseas operations, while the Tatas were making only verbal enquiries.

"There is nothing in writing from the Tatas, it is only verbal", he said.

Meanwhile, the department of investment and public asset management (DIPAM) of the finance ministry had decided to go for a strategic divestment route in Air India.