It all started when she bled from her nose due to pneumonia and doctors dismissed it as fever. 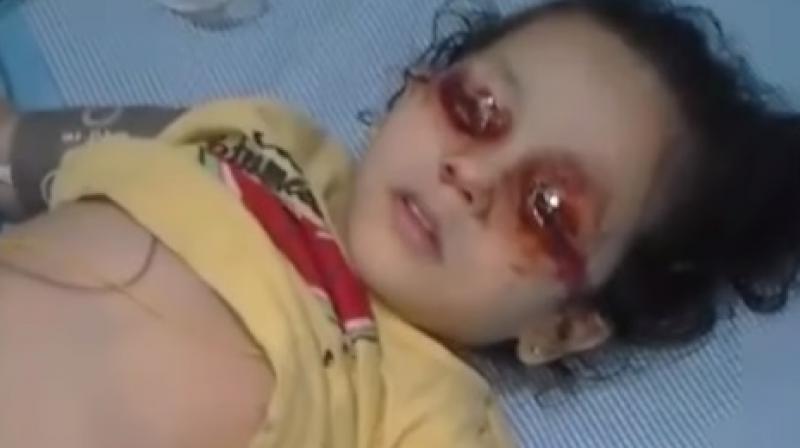 She hasn't been able to go to play or school since two months (Photo: YouTube)

Hyderabad: There are several lesser known medical conditions which medics are finding answers to, but while some cause physical deformities, many make life a daily ordeal for children who are born with them. Bleeding can leave people in a terrible state, and the suffering caused by bleeding daily despite no injuries is unimaginable.

A toddler in Hyderabad has been battling with this pain everyday for the past two years when she started bleeding from her eyes, ears, nose and mouth. The three year old bleeds everyday despite no wounds on her body and is left exhausted due to losing so much blood. It started when she bled from her nose due to pneumonia which doctors dismissed as high fever.

Ahana Afzal’s parents have spent a large amount on tests but there has not been any breakthrough regarding an effective diagnosis for the child. Doctors are speculating that Ahana suffers from hematodrosis, which is a condition that causes patients to sweat blood from different parts of the body.

Her mother Nazima Begum says that she is helpless when her child asks her why she keeps bleeding from her ears, eyes and mouth. The child used to go out to play and attend school till two months back after which she was forced to stay home due to the severity of her disease.

The parents said that the tests on Ahana require lakhs and they are clueless about raising funds, as of now they have turned to crowd-funding for financial assistance. Ahana also needs multiple blood transfusions and frequent admissions due to bleeding.