The move to include word in America’s Merriam-Webster comes 22 years after episode aired. 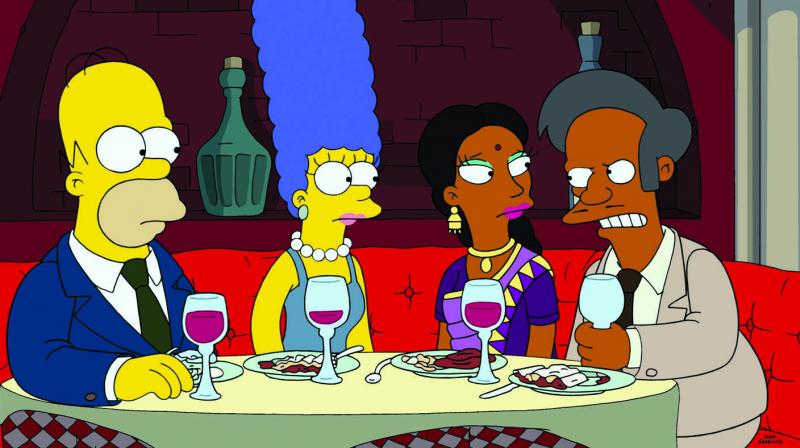 In the show, a scene shows students from Springfield Elementary School are were told the town's motto is "A noble spirit embiggens the smallest man."

A word that was first used for the 1996 episode of The Simpsons called “Lisa the Iconoclast” has now made its way into the pages of dictionary.

Dictionary creators have added the word "embiggen" to their pages - 22-years after it was first used in an obscure Simpsons episode and defines embiggen as “to make bigger or more expansive," and notes that its usage is "informal" and "humorous."

In the show, a scene shows students from Springfield Elementary School are being told the town's motto is "A noble spirit embiggens the smallest man."

Teacher Edna Krabappel then adds: "Embiggens? I never heard that word before I moved to Springfield."

Fellow teacher Elizabeth Hoover then replies: "I don't know why. It's a perfectly cromulent word."

Supposedly, the inclusion of both words was an in-joke between the hit show's writers.

Others words from the show to make it into every day usage over the years include "chocotastic", "craptacaular", "Jebus" and, of course, "do'h!"

Embiggen was one of 850 new dictionary additions, including "wordie" (a word lover), "mansplain" (to explain something in a condescending way) and "glamping" (comfortable camping).

Speaking about the inclusion, Merriam-Webster associate editor Emily Brewster said: "In order for a word to be added to the dictionary it must have widespread, sustained, and meaningful use. These new words have been added to the dictionary because they have become established members of the English language, and are terms people are likely to encounter.”