Sharing her experince, Priyanka Murmu promised that she will work hard to achieve her academic goal and become a real Principal in her life. 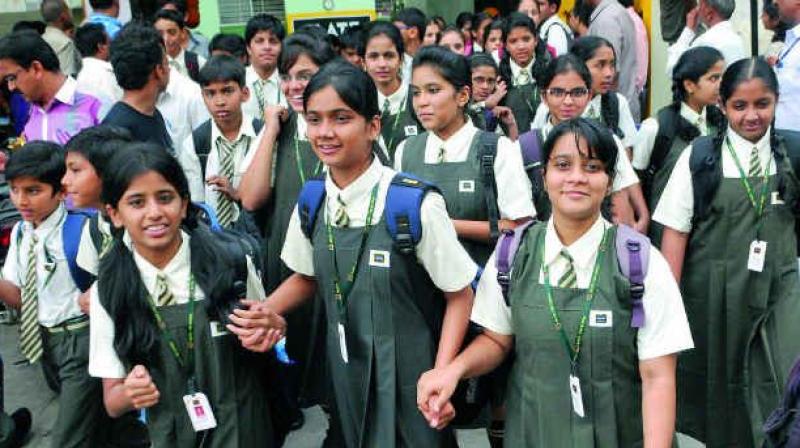 As soon as Priyanka arrived at her school this morning, the school principal Sunil Yadav and village Mukhiya Laxmi Charan Singh escorted her to the principal's chamber. (Representational Image)

Jamshedpur: A 14-year-old meritorious tribal girl student of a high school at Durku village in East Singhbhum, was made an honorary school principal for a day today.

Sharing her experience of becoming a day-long principal of her school, Priyanka Murmu, promised that she will work hard to achieve her academic goal and become a real Principal in her life.

Addressing the students, Priyanka said the teachers and students can play an important role to make 'Beti Bachao, Beti Padao' campaign launched by Prime Minister Narendra Modi and Jharkhand Chief Minister Raghubar Das a grand success to bring about a reform in the society.

Following the assembly prayer, Priyanka, a STD X student of the school, visited each classes, supervised the preparation mid-day meal and and tasted the food before it was served to the students.

The idea of one day school principal was conceptualised by Deputy Collector Sanjay Kumar Pandey. Pandey said the objective behind the decision was to inspire students for education and to promote healthy and productive teacher-student relationship.

The initiative would not only allow the school authorities to understand what the students expect from the teachers but also promote healthy competition among students to become one-day principal next month, Pandey said.