After wrapping a schedule in Austria, the cast and crew have set off to Abu Dhabi for the next schedule of the film. 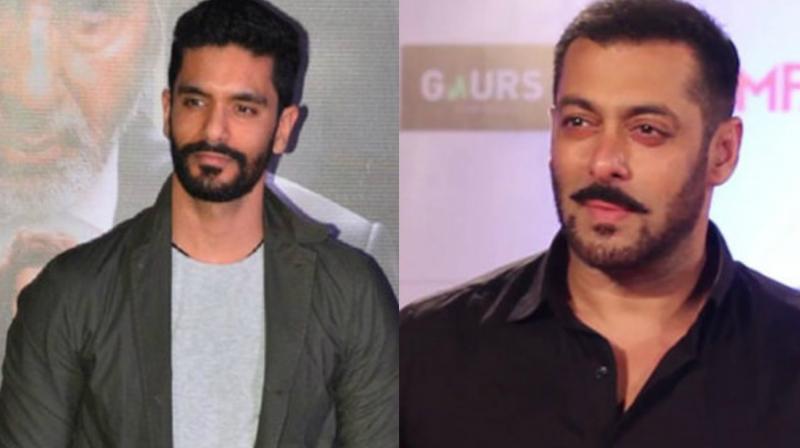 It's the first time that Salman Khan and Angad Bedi are sharing screen space on the big screen.

Mumbai: Salman Khan silenced his critics with his acting chops in the recent released teaser of 'Tubelight.'

While we see him as a man child in the film, he is anything but that in his next film after 'Tubelight,' 'Tiger Zinda Hai.' Salman will be seen as a macho man, performing such intense action sequences.

After wrapping up a schedule in Austria, the cast and crew of the film have now set off to Abu Dhabi for the next schedule.

Angad Bedi, who earned praises for his performance in ‘Pink’, has also joined the cast and is seen with Salman on the sets of the film in Abu Dhabi in a picture shared by a fan club of the superstar on Instagram.

Salman is dressed in an oversized kurta and Angad is dressed casually on the sets. 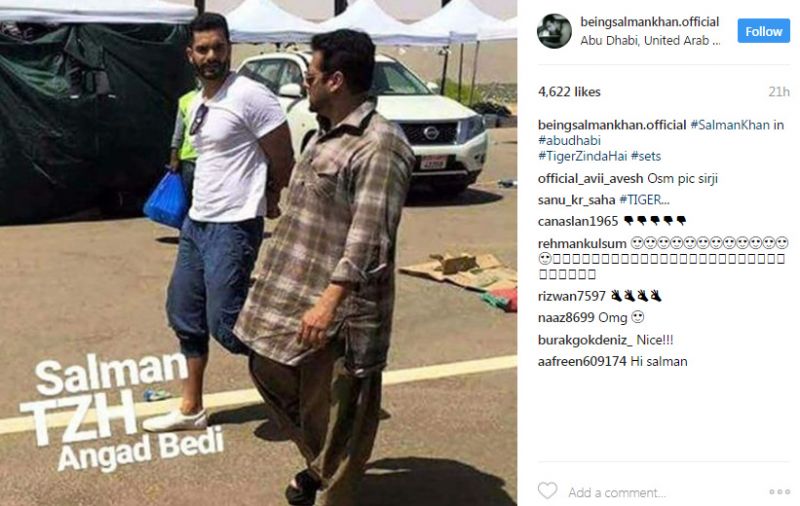 It is not clear if the lead actress Katrina Kaif is also a part of the shoot yet.

The director of the film, Ali Abbas Zafar, had shared several pictures of some of the locations from Abu Dhabi, which would definitely look stunning on the big screen.

‘Tiger Zinda Hai’ is gearing up for release during Christmas this year.