'83: Ranveer Singh to live, train with Kapil Dev for 10 days in Delhi

Ranveer is again changing the rules of how an actor prepares for his role. 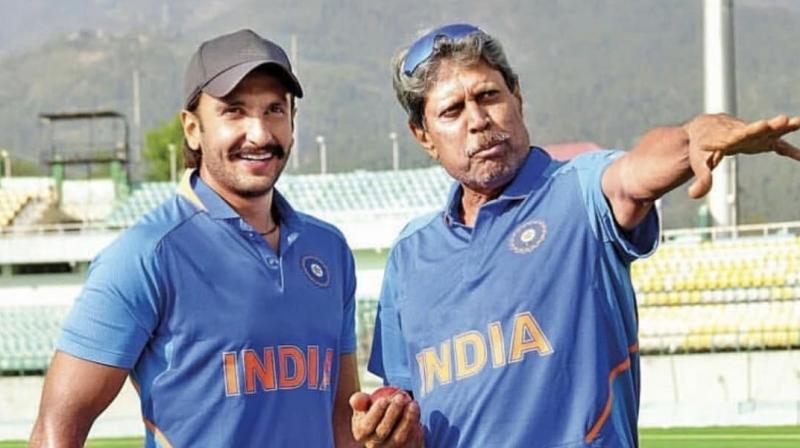 Mumbai: Ranveer Singh is a perfectionist actor who has repeatedly spoken that he wants to be the best actor of his generation. The young superstar has delivered some of the most memorable and finest on-screen performances of recent times like Padmaavat, Gully Boy, Bajirao Mastani and Ram Leela. People, who know him closely, credit his obsessive preparation to transform into a character on screen as the primary reason behind his incredible performances.

For his next '83, Ranveer is again changing the rules of how an actor prepares for his role. He wants to wow cine-goers with his transformation as the legendary World Cup-winning Indian cricket team captain Kapil Dev. Ranveer is heading to Delhi tomorrow to live and train with Kapil for 10 days. He feels this visit is immensely important for his process to become the iconic captain on screen.

“No actor has ever lived with the person he is playing on screen to soak in the subject’s personality and behaviour and also learn about the mind of the subject. But this is Ranveer Singh who has his own set of plans to deliver one of the most awaited performances on-screen. Ranveer is supremely excited about the challenge and wants to again deliver an acting piece that lives up to the massive expectation of the people. Kapil became a legend after he rallied the team to win the 1983 world cup. The entire nation wants this film to tell the incredible untold story of India’s greatest victory and Ranveer wants to do justice to this anticipation. He has a set plan for his Delhi trip. He wants to see, live and breathe Kapil before he starts shooting,” reveals a source close to the film.

Ranveer confirms, “I’m looking forward to spending more time with Kapil sir. He is kind, generous, warm and funny. I had a memorable two days with him in Dharamshala. I’m going to spend more time with him in Delhi to learn more about him. It’s a first of its kind exercise in my acting process where I’ll be studying the man himself in the flesh for my on-screen portrayal of him. I’m thrilled to have this opportunity to learn about life from a true legend.”