The artist has made several portraits of political leaders in the past. 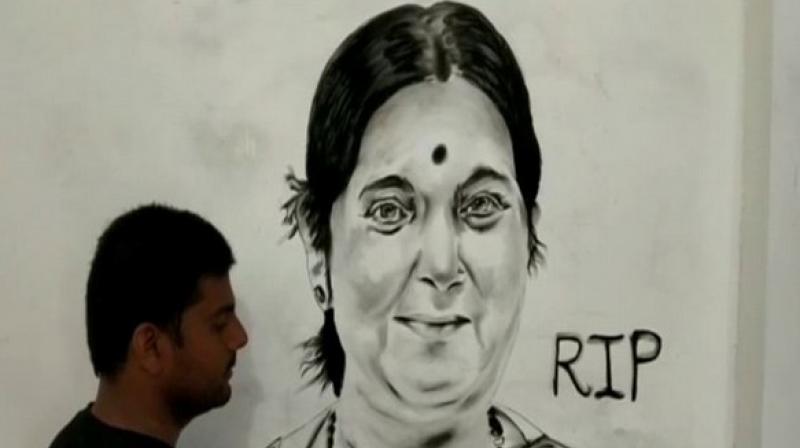 Amroha: In a moving tribute to former external affairs minister Sushma Swaraj, an artist in Amroha city of Uttar Pradesh created a 6 feet portrait of Sushma Swaraj by using charcoal.

"I have made this six feet portrait using charcoal as today Sushma Swaraj has left us," said Zoaib Khan said while talking to ANI on Wednesday.

The artist has made several portraits of political leaders in the past.

Swaraj was admitted to All India Institutes of Medical Sciences (AIIMS) following a deterioration in her health.

According to sources at AIIMS, the 67-year-old was feeling restless at 9 pm and reached the hospital at around 9:30 pm in an ambulance.

A team of doctors tried to revive her for 70 to 80 minutes but failed in their attempt. Swaraj was declared dead at 10:50 pm.

Swaraj was appointed the foreign minister in the first term of Modi government in 2014. She opted out of the 2019 Lok Sabha elections citing health reasons.