Sikanto Mandal's story is sure to inspire. 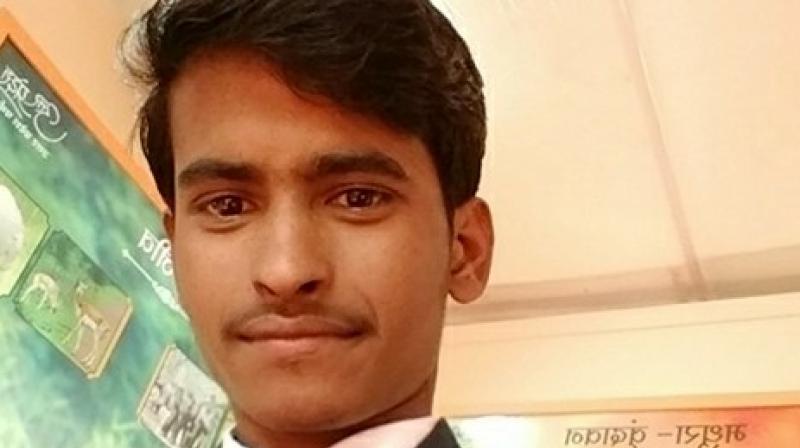 A grade 12 student was inspired by a morning school chore to come up with a unique invention,  The Better India reported.

15-year-old Sikanto Mandal, from Mathura (UP) and his fellow classmates (who were in grade nine at the time) in Jai Gurudev Sanstha School, had the task of picking up waste dumped on the school grounds before the start of the day. Picking up the garbage and sweeping the area was no easy task.

Witnessing the struggle made Mandal question the way they were executing their task. This inspired him to come up with a better approach to cleaning up.

On paper, Mandal designed a waste lifting and dumping device that is manual and more efficient to clear the school premises.

But he did not have the funds to help bring his creation to life. So he approached his teachers with his dilemma. They suggested he apply for the Inspire Awards by the Ministry of Science & Technology, Government of India. His creation impressed and he was awarded Rs 5,000 to build a model.

He scrapped together old furniture to make the first model and tested it in school for the first time. He then exhibited his invention at the district level of the Inspire Awards, which was met with praise. Soon after he was invited to showcase his creation at the state and national level.

After gaining so much attention Sikanto was approached by Dr Vipin Kumar, Director and Chief Innovation Officer of National Innovation Foundation, who collaborated with him to perfect his invention. A metal prototype was built so they could show it to companies that could mass produce his product.

The Swachhta Cart is easy to handle and operate, and environmentally friendly. It also has a place to keep brooms, water bottle and other things sanitation workers require to get the job done.

The cart has caught the eyes of Gujarat-based start-up Sarjan Innovators Pvt Ltd, who have the means to mass produce it and add a few modifications.

On January 24, CM Yogi Adityanath met with Sikanto and got to see his unique cart. In May 2018, Sikanto will be travelling to Japan with other winners of the Inspire Awards.

The young creator hopes to become an engineer and invent more machines that can help other people with their problems.