Although Krishna Kumari Kohli was a child bride, her husband encouraged her to continue studying. 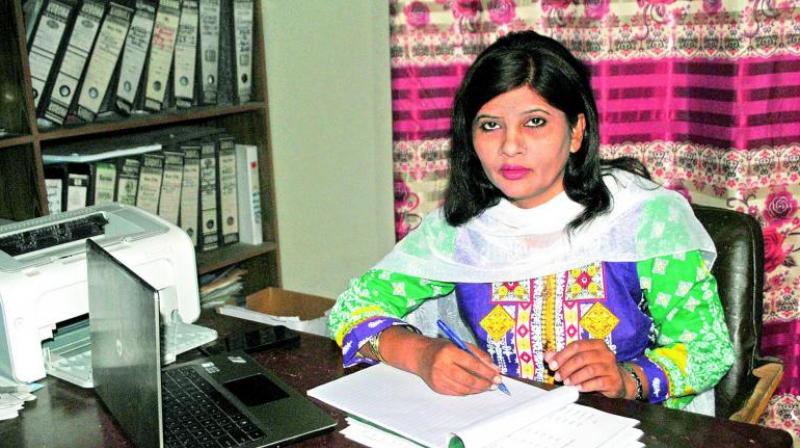 Kohli married at the age of 15, which is not unusual in Pakistan, where one in five girls marry before the age of 18, according to the United Nations. (Photo: File)

But for the former child bride from a poor Hindu family, the need to improve women and girls' health and education in the conservative Muslim-majority nation is closest to her heart.

"Never in my wildest of dreams did I think I'd ever become a senator," she told the Thomson Reuters Foundation.

"If I can make a dent in these two areas, I'd have made a difference for times to come and my candidature would all have been worth it."

Kohli's election on Saturday marks a milestone in Pakistan both as a woman - who hold about one in five parliamentary seats - and as a member of the Dalit caste - a term she rejects as derogatory.

Dalits, formerly known as untouchables in the Hindu caste system, are at the bottom of the social hierarchy in neighbouring India and face widespread discrimination.

Most of Pakistan's Hindu minority live in southern Sindh province, where 39-year-old Kohli is from, one of its poorest regions with high rates of child marriage and poverty.

Kohli married at the age of 15, which is not unusual in Pakistan, where one in five girls marry before the age of 18, according to the United Nations.

Violence against women and girls is a serious problem and religious minorities are particularly vulnerable, according to Human Rights Watch, with some 1,000 Hindu and Christian girls forced to convert and marry Muslim men each year.

After her surprise victory on an opposition Pakistan People's Party ticket, Kohli said she wants to reduce honour killings, usually meted out by family members on women for bringing "shame" on the community and forcible conversions.

"There are a lot of laws in place - for honour killing, for abolition of bonded labour, for protection of girls and boys against underage marriage," said Kohli, a mother of four.

"What is needed is implementation and I want to be able to do that."

Although Kohli was a child bride, her husband Lal Chand encouraged her to continue studying and she went on to earn a master's degree in sociology.

"She has been working for the rights of the people, especially women, for quite some time," he said.

"She was often reprimanded by her own relatives in her village for having abandoned the purdah and for coming out on the streets and joining protest rallies," he said, referring to women being secluded from men and wearing veils in public.

"But the very same people are now calling me up and congratulating me," added Kohli, seated beside him and smiling.