Aamir shifts his film Secret Superstar to Diwali; clashes with 2.0 and Golmaal Again

‘Secret Superstar’ is a Zee Studios presentation, which is produced by Aamir Khan Productions and written by Advait Chandan. 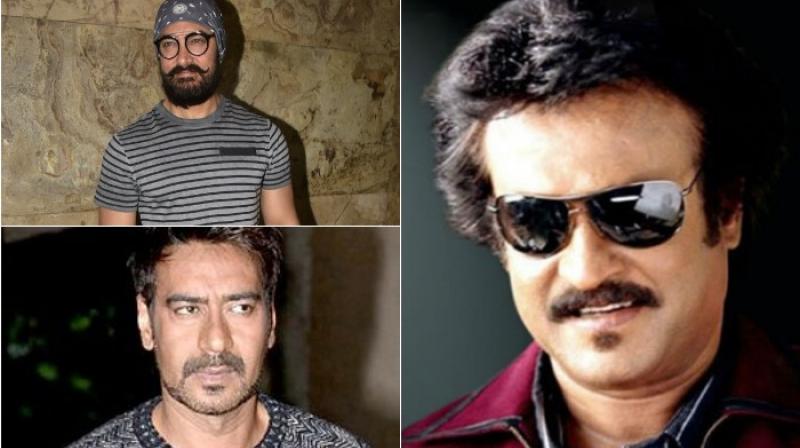 Mumbai: 2017’s Diwali has a triple bonanza for the cinegoers.

This Diwali, superstar Rajinikanth’s ‘2.0’ and Ajay Devgn’s ‘Golmaal Again’ will have a mega clash with perfectionist Aamir Khan’s ‘Secret Superstar.’

Well, we all know the importance of a Diwali release and maybe therefore the film, which was earlier slated to release on August 04, has now pushed its release to Diwali.

A report in Bollywood Hungama states, “Aamir himself called Rajini Sir and discussed his concerns vis-à-vis ‘Secret Superstar’ shifting from August to Diwali. Both the actors share a warm bond and it was with Rajini Sir’s blessings that Aamir has announced a Diwali release for Secret Superstar.”

‘Secret Superstar’ features the ‘Dangal’ girl Zaira Wasim. She recently won the prestigious National Award for Best Actress in a Supporting Role. Also, Aamir Khan himself will be seen in the film alongside Zaira Wasim, in an extended cameo.

‘Secret Superstar’ is a Zee Studios presentation, which is produced by Aamir Khan Productions and written by Advait Chandan.