Their actions helped relieve rescue centres in Texas which were already overcrowded with displaced animals after the deadly storm. 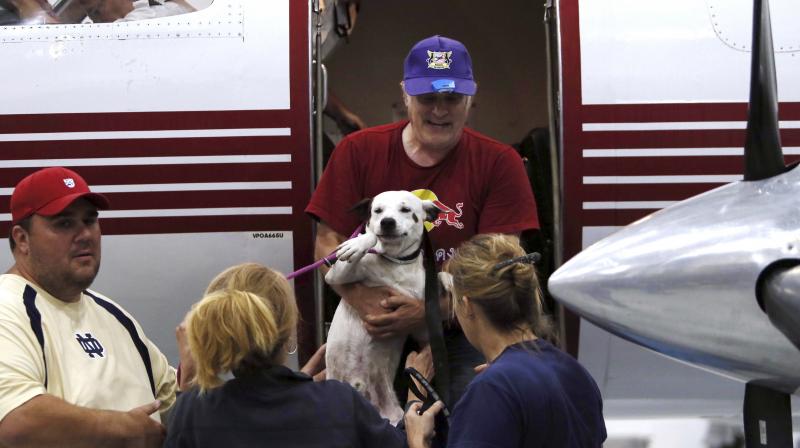 Southwest Airlines flew more than 60 animals thousands of miles across the US into a facility in San Diego. (Photo: AP)

Even as Irma gears up to lash against the coast of Florida, with US seeing one of the biggest evacuations for safety ever, a US airlines came into news for saving the lives of dozens of animals following the devastation left at the wake of Hurricane Harvey.

Southwest Airlines flew more than 60 animals thousands of miles across the US into a facility in San Diego.

The news, which was originally published in The Telegraph UK says that their actions helped relieve rescue centres in Texas which were already overcrowded with displaced animals after the deadly storm.

Speaking to The Telegraph UK, Linda Rutherford, Chief Communications Officer pof Southwest Airlines said that the devastation of Hurricane Harvey has impacted a number of communities along the Gulf and they were happy to partner with the Helen Woodward Animal Center to extend hope to Houston by transporting shelter animals to a new home in San Diego, while making additional space for family pets whose humans are currently displaced.

Southwest has teamed up with with Helen Woodward Animal Center (HWAC) in San Diego who said the animals faced being euthanised before they stepped in.

Speaking about the incident, Mike Arms, HWAC president said that the animals are the silent victims of the devastation caused by Harvey.