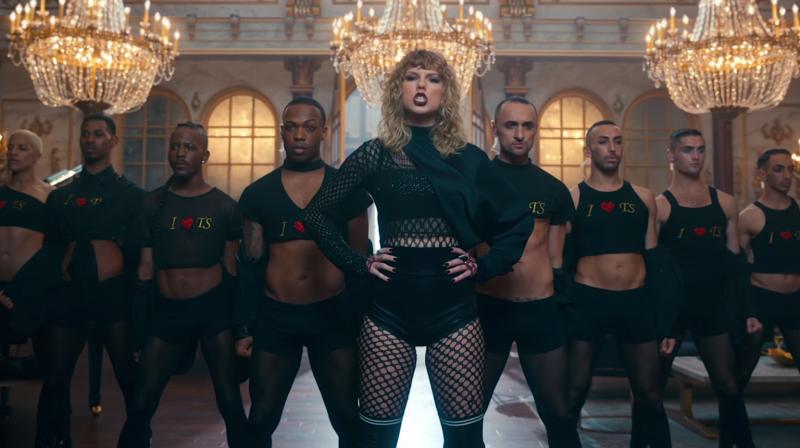 Still from Taylor Swift's song 'Look What You Made Me Do'.

He took to Twitter and wrote, "Yes. The world is full of stupid motherf***ers.

In an interview with the LA Times, Kahn hit back at fans who said that Swift had copied the 'Formation' video in her promo for 'Look What You Made Me Do'.

Kahn, who was promoting his new movie ' Bodied' at the Toronto International Film Festival, made his comments after some people accused Swift and him of ripping off Beyonce's work; A scene from 'Look What You Made Me Do.'

Ever since the ' Shake It Off' hit-maker's new music video dropped, social media has been full of comparisons between her and Beyonce.

In 'Look What You Made Me Do', Taylor has four men on either side in black crop tops, while Taylor is in a black body suit, which Queen B fans say looks similar to Beyonce's Formation video where she is dressed all in black flanked by four men in suits.

Fans have also drawn comparisons to Beyonce's 2016 ' SuperBowl' halftime show where she dressed in a black body suit surrounded by matching dancers.

Tags: taylor swift, beyonce, look what you made me do