Placed right next to his Carpe Diem ink, Clarke got a clover leaf tattoo with an Unalome and the initials of his daughter, Kelsey Lee. 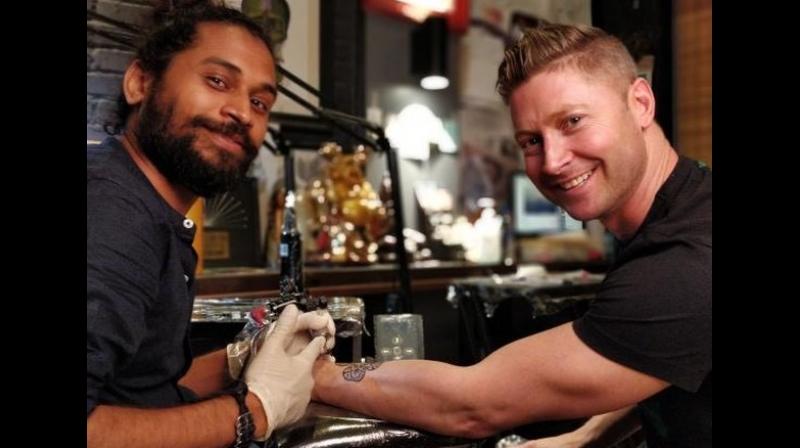 The latest celebrity to sit in tattoo artist Vikas Malani's hot seat was none other than World Cup-winning former Australian captain, Michael Clarke.

It looks like playing commentator for the IPL season has got Clarke back in the cricketing spirit as he made a quick pit stop at BodyCanvas Tattoos & Piercings studio in Bandra to get a very special lucky charm inked on his arm.

Vikas Malani has previously inked many Bollywood and TV celebrities as well. 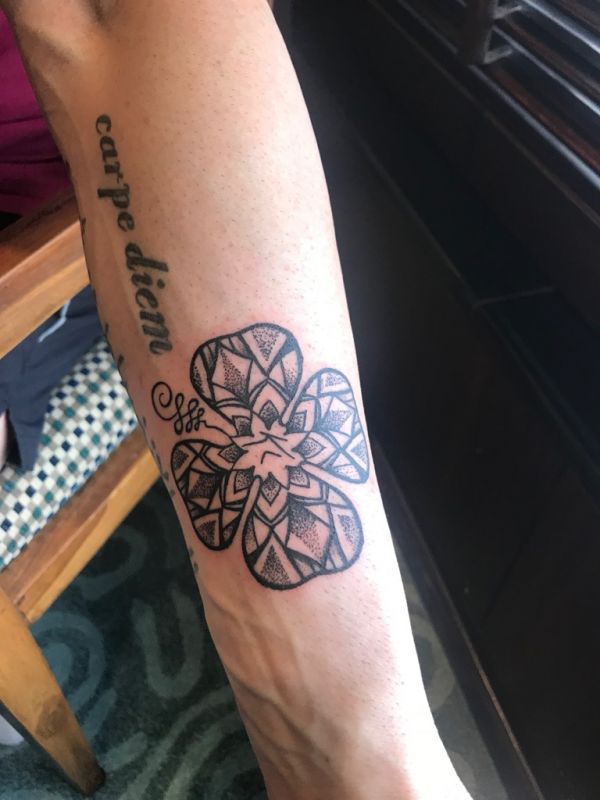 Placed right next to his Carpe Diem ink, Clarke got a clover leaf tattoo with an Unalome and the initials of his daughter, Kelsey Lee i.e., KL, in his own handwriting.

The rare four-leaf clover leaf represents faith, hope, love and of course, luck. Inside the clover leaf is the 8 petalled flower mandala, which represents the universe. In the center of this flower is his daughter’s initials 'KL' – depicting that she is the centre of his life.

Meanwhile, the stem of the flower is shown using an Unalome which represents the path to enlightenment in the Buddhist culture. The spirals are meant to symbolize the twists and turns in life, and the straight lines represent the enlightenment.

Vikas Malani, who turned Michael's tattoo dream into a reality, thinks the tattoo has deep connotations. He says, "Meeting and inking Michael has been an enlightening and motivational experience. He is truly a man with wisdom."

The celebrity tattoo artist goes on to add, "He chose a really beautiful design with a great meaning and I am sure his daughter would love it. It means a lot to me when someone puts their emotions in the tattoo." 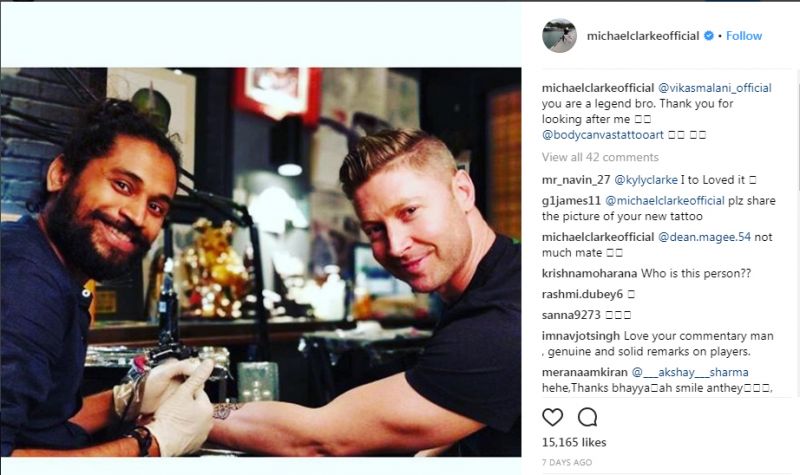 Well, Clarke's got a really sweet story behind the tattoo too as he shares that his daughter inspired the art. Father of the two-year old recently bought a black cap by a popular American brand featuring the clover leaf and his daughter just wouldn't take it off.

He says, "I just took it as a sign and turned up at the shop with the cap, and am leaving with the most unbelievable tattoo. I wanted to have an Indian feel because all my tattoos have been done in Australia and this is the first one here."

Looks like Clarke really loved his desi ink because he even took to Instagram to flaunt his latest tattoo and give Vikas a shoutout saying, "@vikasmalani_official you are a legend bro. Thank you for looking after me @bodycanvastattooart"