The replica includes a 60-brick Markle in her wedding dress and veil, with Harry by her side. 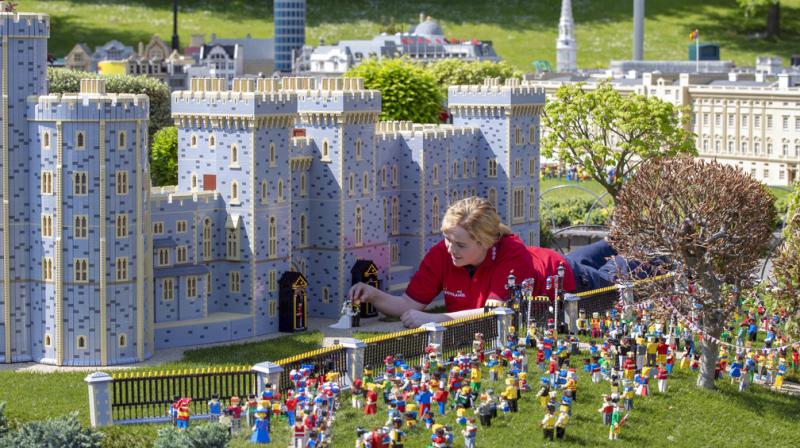 London: Attraction park Legoland has unveiled a miniature model of this month’s royal wedding of Prince Harry and Meghan Markle at Windsor castle, built by a team of 11 model-makers who used almost 60,000 pieces of Lego bricks.

The replica includes a 60-brick Markle in her wedding dress and veil, with Harry by her side.

The couple are riding in a brick-built carriage being drawn by horses along Windsor Great Park’s Long Walk towards the castle, surrounded by 500 spectators, recreating the real life procession that is planned for the big day on May 19.

The scene is completed by miniature models of Queen Elizabeth and the Duke of Edinburgh along with best man Prince William, his wife Kate and their children Prince George and Princess Charlotte, and Meghan Markle’s parents.

Lego said the wedding scene replica, which took 592 hours to build, will be on permanent display at its theme park, just three miles (5 km) from the real Windsor castle to the west of London.