Jabariya Jodi is shot at real locations in Uttar Pradesh to give the right flavour. 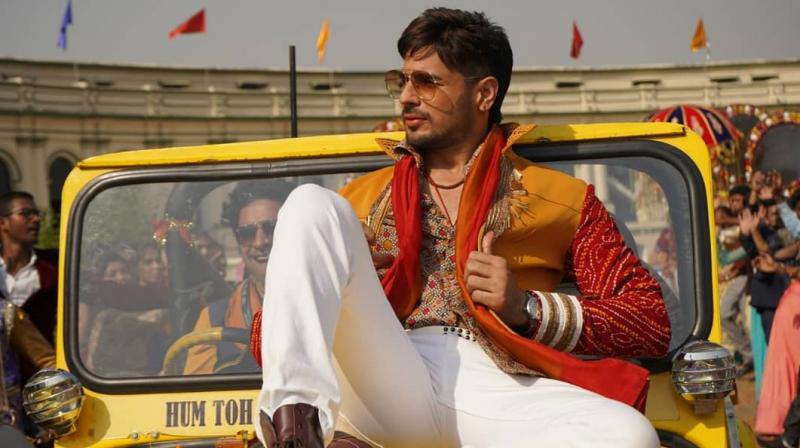 Mumbai: After receiving a great response on the first song 'Khadke Glassy', the makers are all set to launch the second and the massy song from the film titled 'UP Hile Zilla Hile' which comes straight from the heartland of India and interestingly, is going to be launched at the iconic Navarang Cinema in the city.

'UP Hile Zilla Hile' is a famous Bhojpuri song which is going to be recreated in the sassiest way which will make the masses groove to its tune.

The 'UP Hile Zilla Hile' song is an introduction song of Sidharth Malhotra in the film in which Elli AvrRam will be seen dancing along with the actor and which also gives us a new pair to watch on screen.

Jabariya Jodi is shot at real locations in Uttar Pradesh to give the right flavour. Also, the film's concept is very unique and is based on real practice brought to screens for the first time ever and as it is inspired by real incidents, the makers had to be sure with a few facts.

Interestingly, both the writers of the film, Sanjeev K Jha and Prashant Singh belong to the same state so they took to fact and fictionalized the story, keeping it as real as possible.

The film also stars the varied powerhouses of talent such as Aparshakti Khurana, Sanjay Mishra, Neeraj Sood, Gopal Dutt, Javed Jaffrey, and Chandan Roy Sanyal. With a stellar cast, the movie is set to take over as a new love saga.